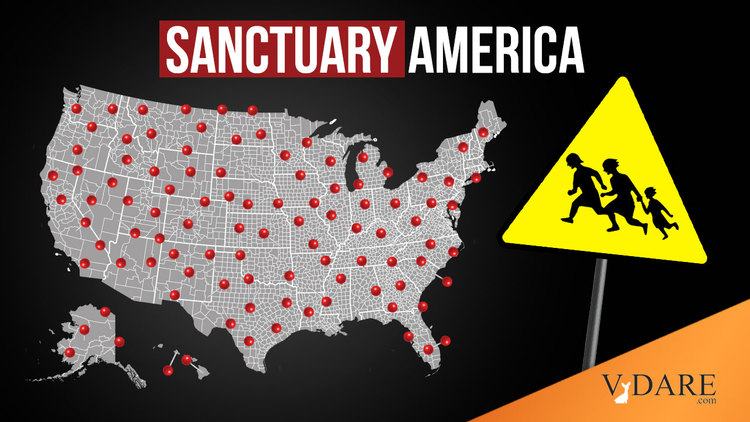 Last year, Homeland Security Secretary Alejandro Mayorkas published a new policy that forbids Immigration and Customs Enforcement agents from arresting illegal aliens in or near “protected areas” such as schools, churches, hospitals, and playgrounds [Guidelines for Enforcement Actions in or Near Protected Areas, DHS.gov, October 27, 2021]. The result, John Feere wrote for the Center for Immigration Studies today, is that every city in America is now a sanctuary, a particular troubling problem given that Let’s Go Brandon has released more than 1 million illegals since he took office [Biden’s DHS Has Made Every City an Illegal Alien Sanctuary, October 12, 2022]. But if every city is a sanctuary... the entire country is a sanctuary.

Feere helpfully provided two maps that show where, in Tucson, Arizona, immigration agents cannot enforce the law. One shows protected areas; the other depicts no-go zones around those protected areas.

Take a look at a graphic representation of The Great Replacement vis-à-vis Brandon’s refusal to enforce immigration law. 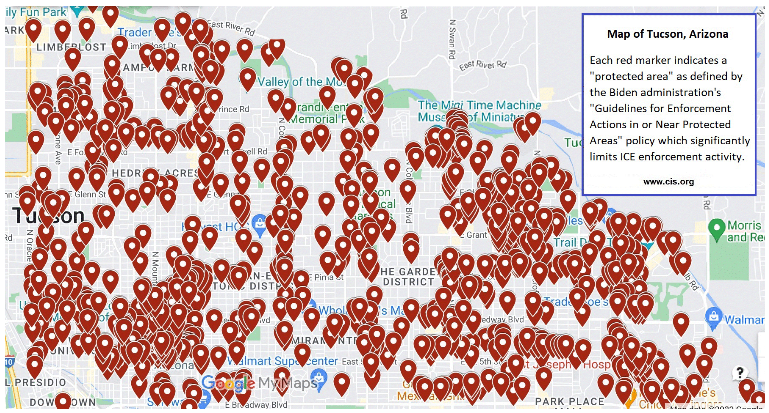 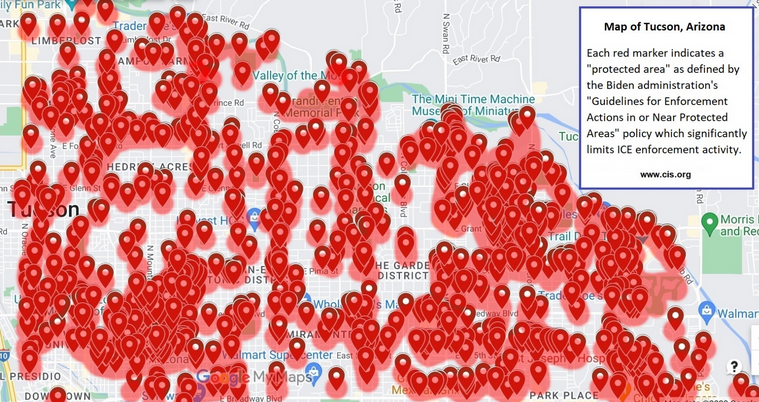 In other words, immigration enforcement in Tucson, Arizona, has ended. And if enforcement has ended in Tucson, it’s ended across the country. Schools, churches, hospitals, and playgrounds are everywhere. So again, as a practical matter, every city and town in all 50 states is a sanctuary.