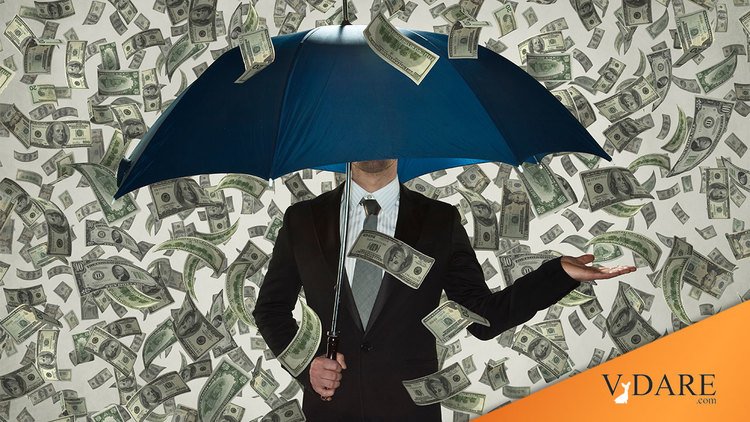 Map Of World Billionaires By Country And Source 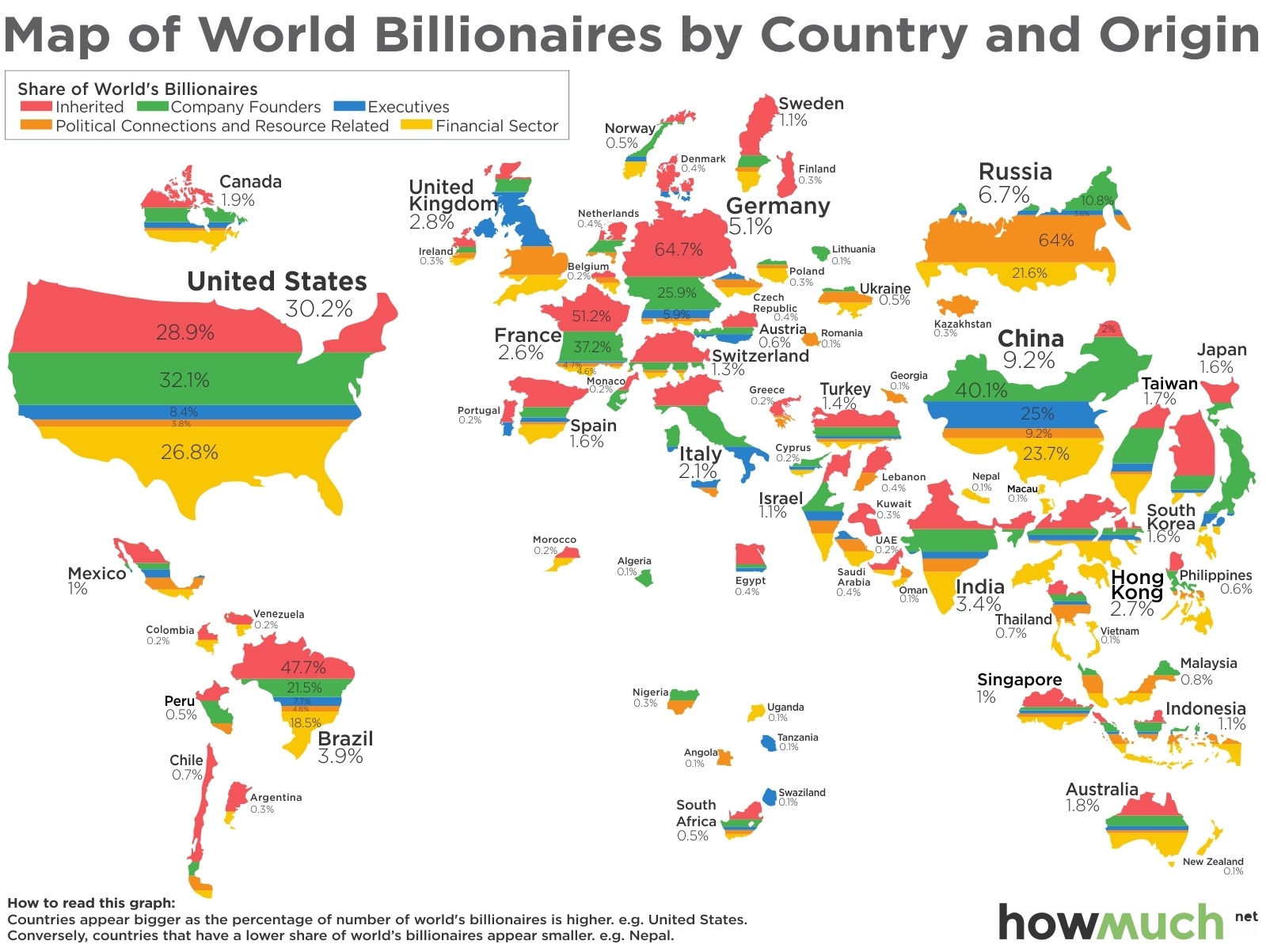 This is an attractive data graphic of the sources of billionaire wealth, with countries more or less where they would fall on a world map but scaled to the number of billionaires (We’re Number One!). The visualization is by HowMuch, based on a 2016 report by the Peterson Institute, derived from a 2015 Forbes list of billionaires.

From top to bottom, red represents the percentage of billionaires who inherited their wealth (29% in the US), green is company founders (32%), blue are executives (8%), orange is “political connections and resource related” (4%), and yellow finance (27%).

How they distinguish them, I don’t know.

Russia has a lot of billionaires for a relatively poor country and they tend to be related to natural resources and/or political favor. Compare to Poland.

I’ve long been fascinated by French economist Thomas Piketty’s conspiracy theory that Old Money is much older than Forbes reports. This study doesn’t support that, but then it is drawn from Forbes, isn’t it? But still, it would appear that Big Money is more Old Money in Western Europe, Piketty’s stomping ground, than elsewhere. The Peterson people summarize:

The data show three interesting trends. First, extreme wealth is growing significantly faster in emerging markets than in advanced countries. The rise of emerging-market wealth is the subject of our book using this dataset, Rich People Poor Countries: The Rise of Emerging-Market Tycoons and their Mega Firms (Freund 2016). The book shows that there has been a sharp increase in billionaires from emerging markets over the past 20 years, a large and growing share of whom are company founders, creating new and innovative products. The emerging-market superrich are no longer concentrated in the resource and politically-connected sectors of the past. Second, wealth is increasingly self-made, even in the advanced countries. The relatively rapid growth in the number of self-made billionaires and their wealth alleviates some concerns raised by the economist Thomas Piketty about returns to capital growing faster than income, which would cause fortunes to become more concentrated over time if capital remained in the same hands. In fact, extreme wealth is created and destroyed at a nearly constant rate in the United States, such that the median age of the businesses behind American fortunes is about the same now as in 2001. There is somewhat less dynamism in the other advanced economies, especially Europe, where fortunes are older and aging over time. Finally, there are marked differences across regions and countries, even within income groups, which offer information about the climate for big business. Among emerging markets, East Asia is home to the large-scale entrepreneur. In contrast, the Middle East and North Africa is the only region where the share of inherited wealth is growing and the share of company founders is falling.