As I’ve often mentioned, one of my favorite perhaps crackpot but also perhaps legit theories is French leftist economist Thomas Piketty’s claim that his famous equation r > g proves that the Forbes Magazine lists of billionaires have to be wrong because there must be far more old money billionaires, while the Forbes lists are dominated by fairly recent wealth. Piketty suspects there are vast hidden fortunes passed down through the generations that Forbes isn’t finding. 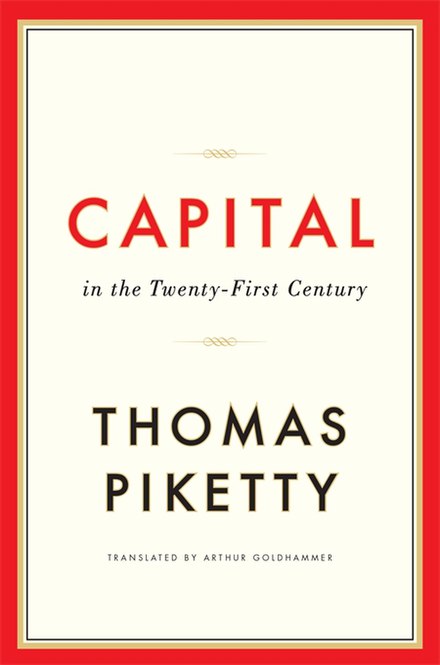 Even though Piketty’s book Capital in the 21st Century was a huge bestseller, few else seemed to pay much attention to the most glamorous and intriguing idea in the whole book. I, however, immediately started thinking about how we could find this wealth. For example, what about using Google Earth to look for evidence of palatial estates? For example, golf courses are instantly recognizable from the air, so personal golf courses are readily visible on Google.

Here’s a NYT article on Jeff Bezos spending $165 million on a Beverly Hills estate plus nearby 9 digit properties that’s relevant to the Piketty Theory: Just about everybody involved in owning these properties is famous, most track their fortunes back no further than the 20th Century, backyard golf courses seem to be a dying breed, and, by implication, only trashy Russian oligarchs really like all the steel and glass boxes that have been built on spec in the Hollywood Hills in recent years.

The Amazon leader reached a deal for the Warner Estate in Beverly Hills with David Geffen, who has owned it since 1990.

The national housing market has cooled, but in Los Angeles the ultrarich are still shattering price records. An heiress to the Formula One racing empire sold her home for $119.75 million last July. In December, Lachlan Murdoch paid $150 million for a home in Bel Air.

The latest buyer at the top: Jeff Bezos, the Amazon chief and world’s richest person.

Setting a new high for a home sold in California, Mr. Bezos is paying $165 million for a Beverly Hills estate owned by David Geffen, the media mogul and co-founder of DreamWorks, according to two people familiar with the purchase.

That wasn’t all. In a separate transaction, Bezos Expeditions, which oversees The Washington Post and Mr. Bezos’ charitable foundation, is buying 120 undeveloped acres in Beverly Hills for $90 million, the two people said. The land was put on the market for $150 million in 2018 by the estate of Paul Allen, the Microsoft co-founder, who died that year….

The superrich are spending huge amounts for some of California’s premier properties. Mr. Murdoch, chief executive of the Fox Corporation, bought Chartwell, which TV viewers of a certain age may remember as the Clampetts’ home in “The Beverly Hillbillies.” Petra Ecclestone, whose father, Bernie Ecclestone, ran Formula One for more than 40 years, sold the Manor. The television producer Aaron Spelling had built the mansion, in the city’s Holmby Hills neighborhood, in 1988.

For Mr. Bezos, it was the Warner Estate, which was designed in the 1930s for Jack Warner, the president of the Warner Bros. film studio. The roughly 13,000-square-foot home is considered one of the premier mansions built during Hollywood’s golden era.

… The Georgian Revival-style estate was designed for hosting the Warners’ elaborate parties, with guests like Albert Einstein and Howard Hughes.

The property also included a nine-hole golf course, which Mr. Geffen removed when he renovated the grounds, Mr. Hyland said in an interview.

A home next door also had a nine-hole course, allowing the Warners and their neighbors to play 18 holes right in the middle of Beverly Hills.

That was the Harold Lloyd Estate, built by the silent movie comedy star. It’s now owned by financier Ron Burkle, who likes to buy and restore houses with a lot of entertainment industry history, such as Bob Hope’s houses in Toluca Lake and Palm Springs.

Both backyard golf courses are no longer visible on aerial photos. My estimate is that the number of personal golf courses in Southern California is around only a half dozen — e.g., Oracle founder Larry Ellison is in the news for announcing a Trump fundraiser at his personal golf course in the Palm Springs area. There’s one out in some canyons near Zuma Beach whose owner is unknown to me, but most of the others were built by well-known individuals: Bob Hope, Walter Annenberg, Jerry Perenchio and the like.

The Warner Estate, whose sale to Mr. Bezos was reported earlier by The Wall Street Journal, stands out from the speculatively built glass-box homes that have flooded the local market…. “Everybody today would like to see classical architecture,” Mr. Hyland said. “They want substance. They want acreage.” He said he and his business partner, Rick Hilton, had the most expensive current listing in the area, the $225 million Conrad Hilton estate, which is on eight and a half acres in Bel Air.

By the way, showing the utility of aerial photos for identifying the rich, another Beverly Hills house has a backyard full size basketball court decked out in the colors of the Detroit Pistons. So I looked up the owner of the Pistons. He’s an interesting first generation self-made man, a Greek-Lebanese Catholic born Tewfiq Georgious in Nazareth who grew up in Michigan, then made it big in business in Los Angeles.