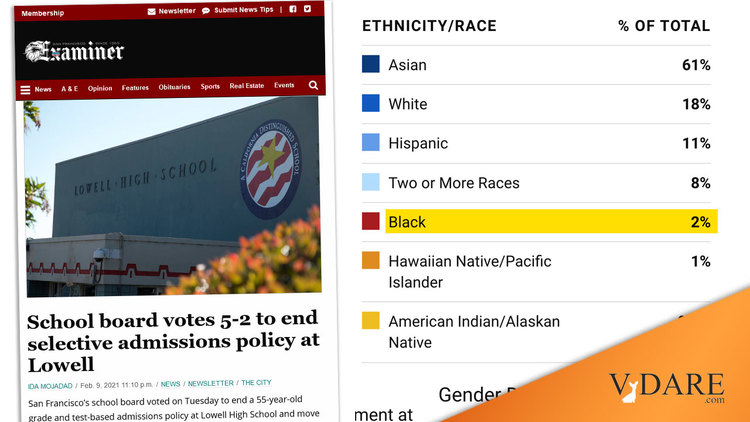 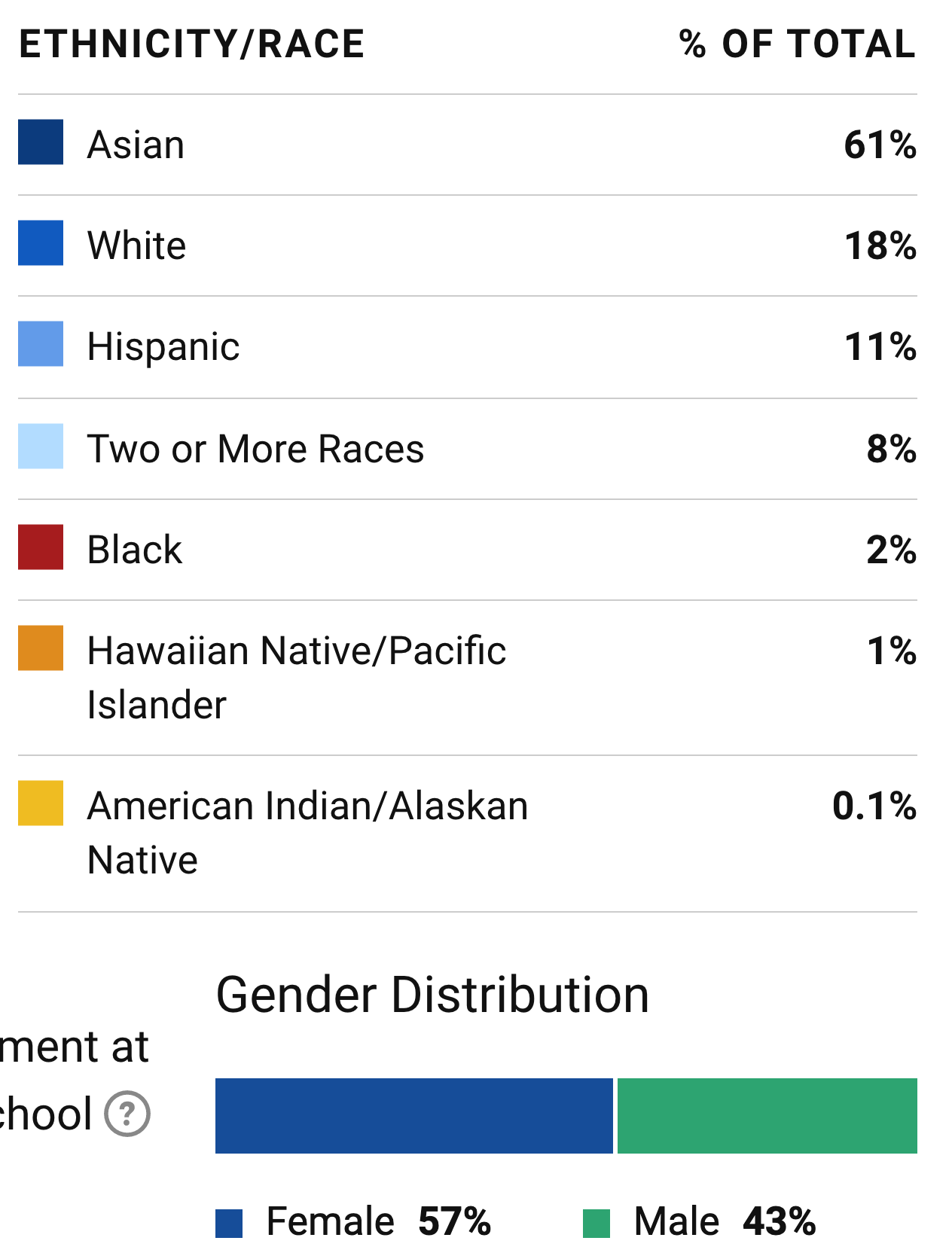 San Francisco’s school board voted on Tuesday to end a 55-year-old grade and test-based admissions policy at Lowell High School and move it to the same lottery system used elsewhere in the district.

After a nearly three-hour hearing, board members voted 5-2 for a resolution to permanently end the academically selective admissions process as part of an attempt to reform Lowell’s culture after a racist incident last month during an anti-racism training

That was conveniently timed.

and testimony from Black students about other incidents and experiences. …

Some students and alumni begged the San Francisco Unified School District board to keep the policy, citing the need to preserve Lowell’s academic quality. Some said the school gave their low-income families a chance at upward mobility.

“We absolutely need to combat racism, but removing merit-based admissions at Lowell is not the way to achieve these goals,” said Nancy Yuan, a Lowell alum. “I support diversity of all types, but let’s uplift our underrepresented students in effective ways.” …

But other community members have attributed much of the negative aspects of Lowell’s culture, from racism to mental health issues, to its admissions policy and the competition and feelings of superiority that come with it. They also argued that testing presents barriers to access for Black and Latino students, who make up a small minority of the largely Asian and white student population. …

The admissions policy had already been on hold due to testing limitations presented by the pandemic.

What I call the Not-So-Great Reset.

But San Francisco Unified School board members said it would likely be out of compliance with current state law if it were reinstated.