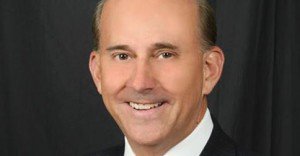 Boehner has a challenger... but is it someone who can build a broad enough coalition to be a real threat?

The first challenger to John Boehner has stepped forward to contest for the position of Speaker of the House.

Boehner has faced growing criticism from grassroots activists skeptical of his conservatism. As Breitbart’s Matthew Boyle reported, recent polling shows a majority of Republican voters would like their Representative to vote for someone other than Boehner.

Gohmert, first elected to Congress in 2004, told Tucker Carlson, “We’ve heard from a lot of Republicans that [they would] vote for somebody besides Speaker Boehner but nobody will put their name out there as running, so there’s nobody out there to vote for.” Gohmert mentioned that changed with the previous day’s announcement from Rep. Ted Yoho (R-Florida), and then Gohmert said, “And I’m putting my name out there also today to be another candidate for Speaker.”

He then spent a few minutes discussing the rules and procedures for the Speaker’s vote, to address concerns that if the Republicans split the vote, that Democrat Minority Leader Nancy Pelosi could be re-elected as Speaker by getting more votes from Democrats than any Republican candidate got. “That’s hogwash,” said Gohmert, explaining that the rules awarded the Speakership to the first candidate who got a majority of the Representatives’ ballots that were cast for a person. In other words, Pelosi could only win if Republicans turned in ballots that only voted “present,” and not a person’s name.

Gohmert has a strong record on immigration and the National Question.  He is an admirable straight talker who will take the fight to Obama.  He's also precisely the kind of Christian conservative that will attract the Republican base but utterly repel the Main Stream Media and progressives.

Still, if there's no one else, what's the alternative other than business as usual?