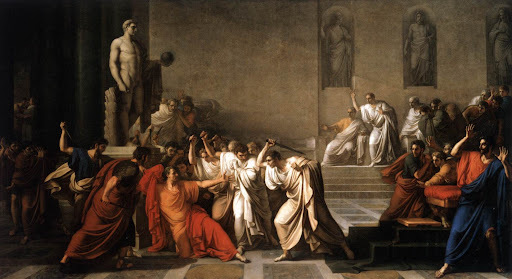 Jeb Bush is the clear Republican presidential frontrunner, surging to the front of the potential GOP pack following his announcement that he’s “actively exploring” a bid, a new CNN/ORC poll found.

He takes nearly one-quarter — 23% — of Republicans surveyed in the new nationwide poll, putting him 10 points ahead of his closest competitor, New Jersey Gov. Chris Christie, who tallied 13%.

Physician Ben Carson comes in third, with 7% support, and Sen. Rand Paul and former Arkansas Gov. Mike Huckabee are both tied for fourth with 6%.

Eleven years ago I pointed out the strength of the dynastic urge among the Bushes, quoting Mario Puzo, author of The Godfather:

“Any family—nuclear or otherwise—that wants to learn how the game is really played should study the Bush dynasty.”

But back in the innocent days of 2004, I assumed that the Bushes would have the good grace to wait a generation for Jeb’s son George P. Bush to be the next Bush to run.

That reminds me I’m reading Robert Harris’s series of political thrillers about the downfall of the Roman Republic, as narrated by Cicero’s secretary slave Tiro (who I see is also the sidekick to the detective hero in Steven Saylor’s gay Roman detective novel series). Several incidents from recent Mexican history would fit in well with 1st Century BC Roman history.

Some of the continuing interest of terminal Republican Roman political history is that it’s a multi-generational soap opera with the same families doing battle over and over. (Cicero was an oddity as a talented “new man” from the minor country gentry; but to help him in his political career he had a useful younger brother and an old money wife.)

Of course, that didn’t end well for republicanism.