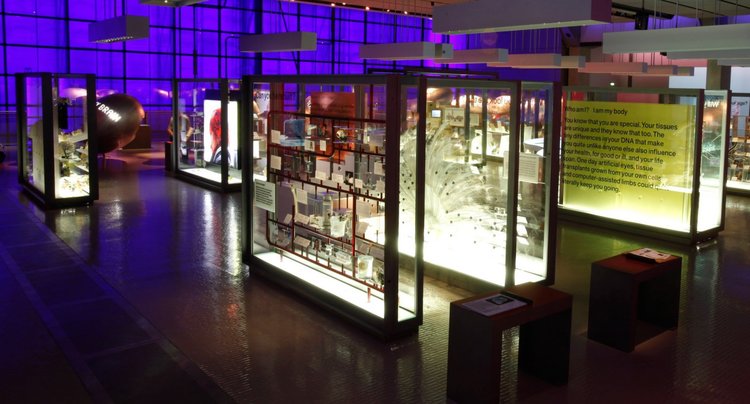 The Science Museum [in London] has boarded up a display on DNA and early human migration as part of work to address its “non-inclusive narrative”.

Curators are to alter the “Who Am I?” gallery covering human biology, including a cabinet that deals with genetics.

The display explaining mankind’s migration from Africa was earmarked for alteration in order to “update (the) non-inclusive narrative”, internal documents show, and the exhibit has been boarded up.

The display titled “How Did You Get Here?” stressed humanity’s common lineage, with a panel stating that the “human journey began in Africa” and “all humans alive today descend from African ancestors”.

Maps in the display also showed how mankind ultimately spread to the Americas and Polynesia, and displayed figurines, model boats, a bow, and drum to illustrate the far-flung areas of Homo Sapien colonisation

The cabinet on prehistoric “pioneers who open up new worlds” has been covered with white hoardings that state staff are “updating the contents of this case” and asking visitors to “bear with us and enjoy the rest of the gallery”.

A nearby plinth titled “Out of Africa” – the name of the theory of human migration from the continent – is now bare, but a display on “the first European” remains in place.

The Science Museum has not given a schedule for the changes to the display, and has not clarified which specific objects in the cabinet resulted in the display being assessed as “non-inclusive”.

It will be interesting to find out what the curators are changing.

Is it the Out-of-Africa stuff? Whites tend to be enraptured by the Out-of-Africa theory saying they are descended from Africans, but lots of other people aren’t. Perhaps some tribes objected that Out-of-Africa undermines their claims to have always been there, or maybe South Asians and Chinese objected?

Out of Africa is a pretty solid theory, although Harvard’s David Reich said in 2018 that it appeared a little less solid than it had in 2008. I don’t know what’s changed since 2018.