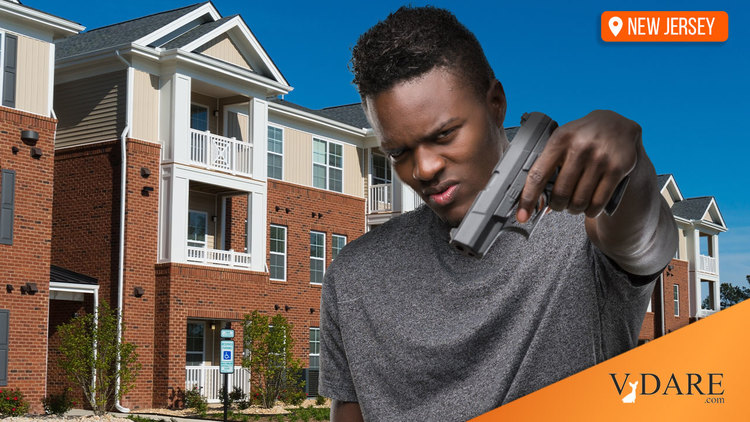 Rental applications in New Jersey will no longer ask about criminal convictions, and landlords’ use of background checks will be limited.

Freed at 42 after more than a decade in New Jersey prisons, Boris Franklin scrambled for a place to live.

First he lived with one of his sisters. Then another.

Why did he stop?

Convicted of manslaughter after a drug deal that turned deadly,

Don’t you just hate it when that happens?

he quickly learned that he would have to reveal his criminal record whenever he applied for housing, making it virtually impossible to lease an apartment on his own.

“And they’d say, ‘Don’t bother putting the application in.’”

On Thursday, New Jersey lawmakers approved a landmark bill that bars landlords from asking about criminal convictions on housing applications, marking a major step in a yearslong effort to create a system where people’s past mistakes do not perpetually derail them.

Cities including Newark, San Francisco and Seattle have adopted similar legislation, and Colorado in 2019 offered limited protections to prospective tenants with criminal records.

But New Jersey’s bill, which sets fines as high as $10,000 and establishes mechanisms for investigating landlords who rely only on criminal background checks to reject would-be renters, is considered the most sweeping of its kind.

The New Jersey Apartment Association, an industry group that represents more than 200,000 landlords and housing managers, had initial concerns about the legislation. But the association’s executive director, David Brogan, said amendments “led to a much more balanced bill.”

“People should not be punished for the rest of their lives for something they did years ago,” he said.

I wonder what the New Jersey Apartment Tenant Association thinks about manslaughterers moving in down the hall?

Convictions for certain serious crimes, including murder and many sex offenses, can still be grounds for denying any application.

The effort to level the field for people with criminal records who are trying to find housing is particularly noteworthy in a state that operates the most racially unbalanced prison system in the nation. A 2016 study found that New Jersey imprisoned 12 Black inmates for each white inmate.

Weird, isn’t it, how liberal states like New Jersey and Minnesota have much higher racial ratios of imprisoning blacks than whites than conservative states like Alabama?

… But they may no longer factor in most crimes committed long ago, and the so-called look-back window decreases with the severity of the crime.

Landlords, for example, may consider first-degree crimes for six years after release from prison when deciding on applicants. But fourth-degree crimes may only be used as a factor for either a year after a person’s release from custody or, if they are not sentenced to jail or prison time, the date of conviction.

Mr. Franklin’s conviction for manslaughter, a second-degree crime, means landlords would have been able to consider it for only four years after his release in 2015.