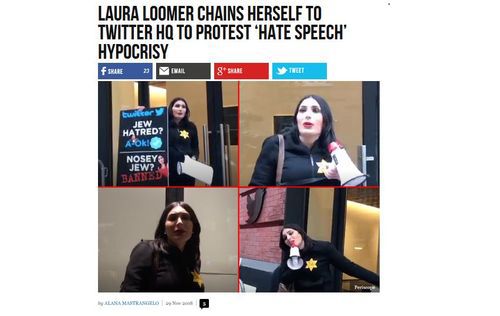 Laura Loomer, banned from Twitter recently for speaking truth to power, is using the techniques of the Left against them again. This is from the snarky site Mashable

Far-right personality Laura Loomer, who was banned from Twitter last week for an Islamophobic tweet about Minnesota representative-elect Ilhan Omar, has handcuffed herself to a door at Twitter's NYC headquarters in protest.

This incredible Mad Lib came to pass Thursday afternoon, when Loomer, armed with flyers and a sign with her own tweet printed on it, staged a protest outside the office. (She only handcuffed herself to one door, ostensibly to avoid a fire hazard. Thoughtful!) 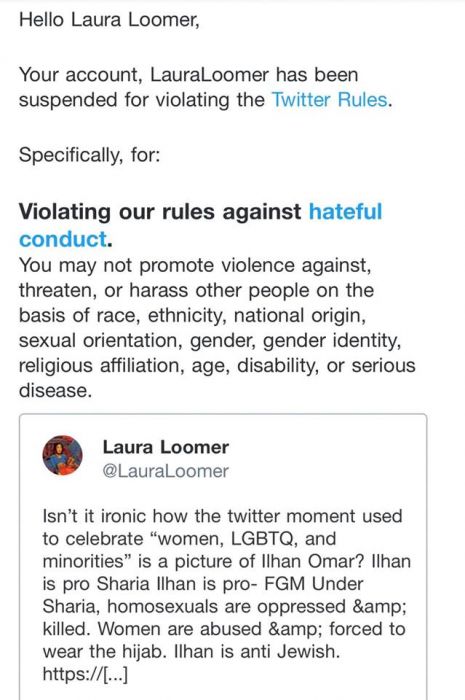 Michelle Malkin pointed out that

Ilhan Omar is the newly elected Democratic Muslim congresswoman from Minnesota who is indeed pro Sharia. Omar equivocated on a state bill to increase penalties against female genital mutilation. It is a fact that gay people are oppressed and killed under Sharia. It an undeniable truth that 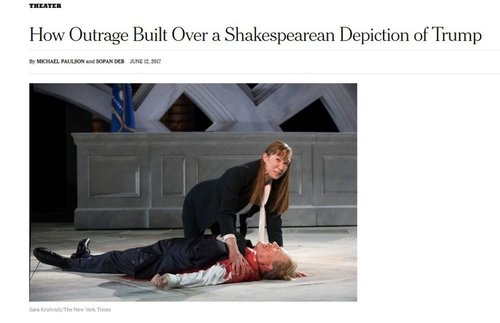 women are abused and forced to wear the hijab. Omar has accused Israel of hypnotizing the world, attacked its "evil doings," and has said she supports the boycott, divestment and sanctions movement against the Jewish state.

Loomer, by the way, did a previous real-world protest, storming the stage of a production of Julius Caesar, which featured an orange-haired Caesar in a business suit being assassinated. See John Derbyshire's"Glad To Be Wrong" Department: Protesters Rush JULIUS CAESAR Stage. 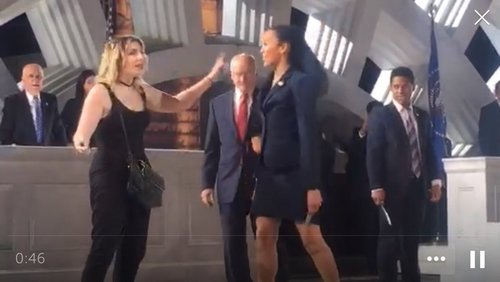