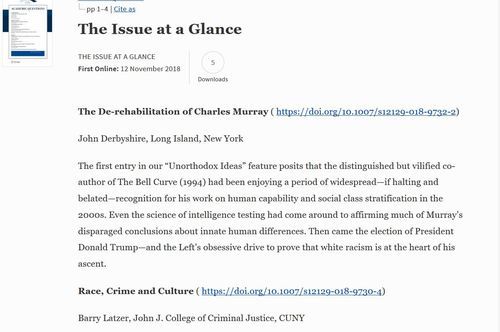 Just a few at random.

Some viewers want to know where they can read the piece. Well, it's in the current print issue of AQ. So far as I know AQ has not posted the piece online for non-subscribers. They'd rather you subscribed to the NAS, which you can do here. You should subscribe; NAS does high-quality, socially-useful work of general interest on a thin budget.

The usual rule for print articles applies: After a decent interval—average about a month—I archive a copy of the piece to my personal website … unless I forget.