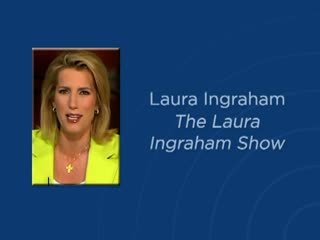 If you read Cory Gardner Panders With “Hispanic Values Ad”—But What About White Coloradans?, you know that GOP gubernatorial candidate Cory Gardner's views on immigration are questionable at best. The great Laura Ingraham agrees. The audio clip here is courtesy of the professional witch hunters at George Soros's Media Matters, who headlined it Ingraham: CO Senate Candidate Cory Gardner "Needs To Move Closer" To The Extreme Right On Immigration, Media Matters, October 24, 2014.

Of course, the "Extreme Right"  they're talking about is actually the view taken by the vast majority of the American people, and only opposed by the elites of both parties.

The Media Matters item is pure point-and-splutter—no attempt is made to refute Laura's basic point, which is that a Reuters poll showed that 59 percent of all voters in Colorado thought that all illegal immigrants should be deported. If that's the case, Gardner's modified limited amnesty is on the far Left, not even supported by most Democrat voters. [REUTERS: "59 percent of [Colo.] voters said all or most illegal immigrants should be deported."October 23, 2014]