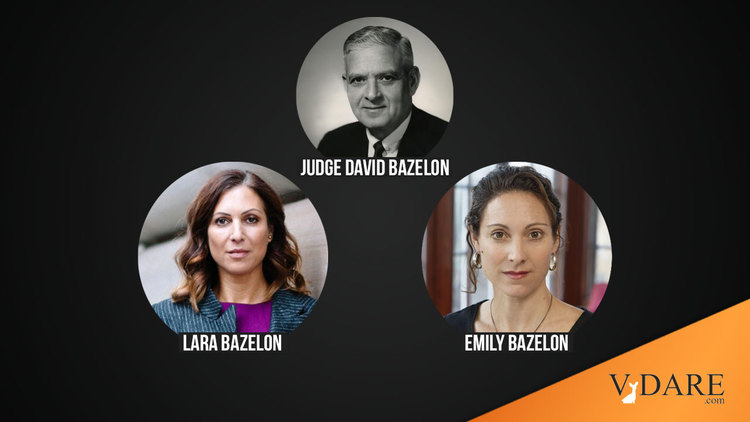 Lara Bazelon: "Divorce Can Be An Act Of Radical Self-Love"

Ms. Bazelon is a professor at the University of San Francisco School of Law and the author of the forthcoming book “Ambitious Like a Mother.”

I used to believe that divorce is a terrible thing, particularly when children are involved. Growing up, I absorbed cultural tropes about absent fathers in efficiency apartments, mothers struggling to support themselves, and awful stepparents and unwanted stepsiblings. To this day, divorce is portrayed as precarious and grim. Parents whose marriages break apart are made to feel they have failed catastrophically. Divorce is shameful, traumatic and Bad For The Kids.

But I’ve learned that divorce can also be an act of radical self-love that leaves the whole family better off. …

Recently I asked my daughter, now 10, how she felt. She told me: “Some of my friends spend more time with their parents, but I have to give you a lot of credit because those kids are in two-parent families. Our criminal justice system is horrible and messed up, and you are trying to help it get fixed.”

Ms. Bazelon’s grandfather David Bazelon helped set off the great crime wave of the 1960s as head judge of the First (D.C.) Circuit Court of Appeals, the most powerful judicial post not on on the Supreme Court. His best friend was William Brennan, the Svengali of the Warren Court, and Brennan and Bazelon would plot together to tee up cases via Bazelon’s court for the Warren Court.

As for her divorce, the lady doth protest too much about how great it’s been for the kids. Here’s Ms. Bazelon’s 2015 NYT op-ed and on how much her children are thriving due to her divorce:

From Divorce, a Fractured Beauty (Updated With Podcast)

UPDATED: You can now hear this essay read by the actress Molly Ringwald in Modern Love: The Podcast.