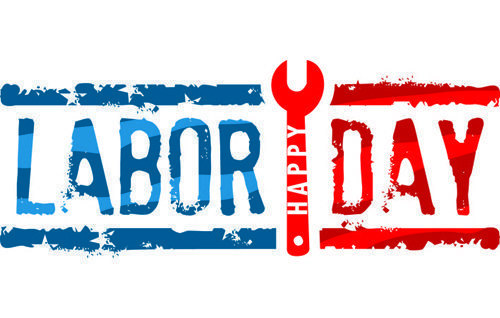 Labor Day Through The Looking Glass

Happy Labor Day in post-America. What was once a celebration of American workers and their achievement of a middle class life under democratic capitalism is now more like a wake. Almost no blue-collar workers remain in the middle class as a result of the double-barreled attack of outsourcing and illegal immigration, and college-educated workers are losing ground as well.

Other than Lou Dobbs Tonight, there is little mainstream reporting about the shrinking middle class and the state of American workers, both blue and white collar. Labor Day is the one occasion per year in which editorial writers pretend to be interested in the well being of workers. The rest of the time, the tightwad scribblers opine in favor of open borders to maintain their supply of slavery-lite housekeepers and gardeners.

This morning's call-in on C-SPAN's Washington Journal was painful to hear. The topic was whether US workers had anything to celebrate, and the result was a dreary recounting of average families being crushed by the gradual loss of real income.

A black mom called and told the smirky administration cheerleader, Deputy Secretary of Labor Steven Law, that she raised her son to be a hard worker and good citizen. The young man is a college graduate, but every job he gets pays less than the last, as employment in his field disappears overseas.

A military veteran and former IT worker ripped the administration for its globalism, particularly the H-1b program for displacing American employees.

The good news is that the citizenry knows what's going on and aren't buying the administration's economic happy talk. The bad news is that Washington feels it doesn't have to pretend to represent the people any longer, a fact we in the pro-sovereignty movement know all too well.

Another mockery of the American worker's day is how the illegals feel empowered to demand better wages and conditions even though it is their presence that has largely caused those losses in the first place. Funny how a principle as simple as supply and demand can be banished from the public sphere by repeating the lie "jobs Americans won't do" relentlessly, like a magic spell.