An accused money launderer who made $100,000 bond but remains in jail is the latest person caught in a new skirmish between the feds and the courts.

Three times in the past six months, New York federal judges have told authorities they can’t have someone in ICE custody when that same person has already made bail.

That was Brooklyn Federal Judge Dora Irizarry’s message on Salomon Benzadon Boutin, whose ICE custody actually made his criminal case go away.

Irizarry said the feds could release Boutin, 36, from immigration custody so he could fight the criminal case while out on his bond. Or, she said, they could keep Boutin in his New Jersey jail and watch her dismiss the indictment.

Next is Kritarch Valerie Caproni, who issued a similar order in the case of an illegal alien arrested on an illegal entry criminal charge.

Manhattan federal prosecutors opted to let Thiodore Galitsa stay on bail, and then secured an illegal reentry conviction at trial. 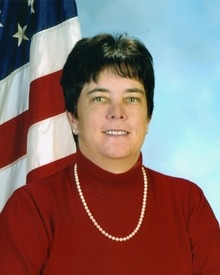 Both kritarchs have failed to follow long precedent where illegal aliens are held in detention until their deportation hearings that follow the results of the criminal case.  While the reporter claims that the local policy at one time allowed bail for illegal aliens, that was a mere local grant of discretion by the Department of Homeland Security, and not either required by law, nor was it a nationwide policy.

Time for Congress to impeach both these Kritarchs who seek to have the United States overrun by drug dealing illegal aliens.