Kritarch Patti Saris has struck again, this time in an effort to end the detention of illegal aliens so they can continue working illegally, popping out anchor babies, and commit crime. Kritarch Saris has a long history; see here, here, here, here, and here. Kritarch Saris has an agenda, which is electing a new people by mass third world immigration, which is not in the purview of a Federal Judge. Congress has the Constitutional authority to make immigration law, but those laws matter not to Kritarch Saris. Now she is on a rampage against the detention of illegal aliens during their removal proceedings, in violation of years of precedent, something judges are supposed to respect.

For the first time in at least two decades, lawyers for U.S. Immigration and Customs Enforcement are required to justify the detainment of noncitizens who are awaiting court proceedings in New England.

In immigration proceedings, unlike in criminal courts, immigrants bear the burden of proving to the satisfaction of a judge that that they do not pose a danger or a flight risk — or else they are denied bond and locked up. But a November decision by a judge in the U.S. District Court for the District of Massachusetts reversed the burden of proof, instead calling on ICE to establish why someone ought to be detained.

The ruling came in a class-action lawsuit filed by the American Civil Liberties Union of Massachusetts last June and went into effect on December 13. 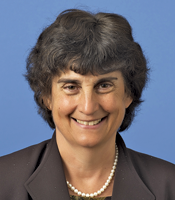 And the goal is to get illegal aliens back in the community, the safety of the public be damned. The Treason Bar is crowing that they can now slack off, not have to worry about old crimes, and get their criminal clients back on the street to rape, rob, and murder.

“It still doesn’t really feel quite real,” said Matt Cameron, a Boston-based immigration attorney. For years, Cameron said, he has had to work quickly to obtain every page of a client’s criminal record — even pertaining to charges that had been dropped — to prove that the client deserved their liberty. “I’m so trained that you just do not show up with anything less than an absolutely 100 percent complete case, because you only get one chance at a bond hearing. You don’t get to do it again. So, you know, I’m always very careful in making sure that I don’t do it halfway.”

Now, if an ICE attorney is unable to prove the inverse — that a noncitizen poses a danger or a flight risk — a noncitizen is likely to be granted release.

What is the cost of releasing illegal aliens? It does not matter to the Treason Bar—they get their clients released and Americans be damned. It is a reflection on the collapse of our society where a mercenary class has such low regard for the community and nation where they live. It is a reflection on the Treason Bar. This is not about due process or presumption of innocence, this is about hating America and Americans.

This is what impeachment and conviction are for:  an activist judge, unbound by the Constitution, law, and precedent; a kritarch with a nation breaking agenda.

On an aside, let me note the low quality of the reporting by the article’s Muslim immigrant author, Saleh. In her article she keeps referring to “noncitizens;” this is an inaccurate term when referring to aliens. There is a little known provision in immigration law that distinguishes between aliens, those persons not American citizens or nationals, and foreigners, with the emphasis on the nationals part.

In the case of this story, the reporter should refer to the persons in removal proceedings before the Executive Office for Immigration Review (EOIR), the immigration courts as aliens, as only aliens are subject to removal from the United States in the EOIR or other method. Neither citizens nor nationals can be removed.

So, besides the immigration press being generally unethical, it is also basically stupid. Not a good way to go through life, both dumb and immoral.