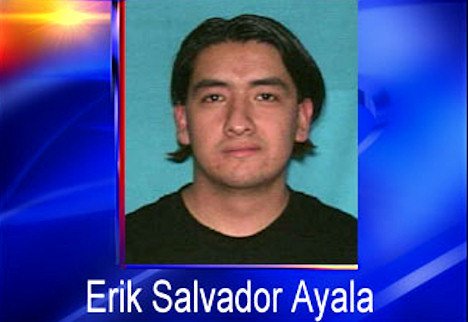 Killer's Immigration Status Mentionable In Regard To Gun Control

A Hispanic-surnamed male, Erik Salvadore Ayala, went on a shooting spree recently in Portland, Oregon. (Portland, being "unbearably white," doesn't get much of this.) The stories didn't say if he was an immigrant, and I thought he might not be, because his pre-shooting "suicide note," which perhaps should be called a "homicide note," displayed fluency in English. But here is his immigration status, right there in the news story, because it affects his right to purchase a gun:

From his conversation with Ayala that day, it appeared as if Ayala was not an experienced gun owner and was interested in learning to shoot. Kellim said he even suggested Ayala go to an indoor firing range that's used by Clackamas County Sheriff's Office and take a safety course.

On Jan. 7, Ayala returned to the store, interested in purchasing the gun, but he didn't have the proper identification. Because he was not a U.S. citizen, Ayala, a native of Mexico, needed to have a resident card, and at least three months of utility bills, Kellim said.

According to federal guidelines, an immigrant legally in the United States must prove his or her identity with a government-issued photo ID, and documentation showing continuous residence in the state for a 90-day period prior to purchase of a gun. [Erik Ayala a "student of concern" in Keizer, by Maxine Bernstein, The Oregonian, January 27, 2009]

What that means is that he must have been a legal immigrant, and that he had been in the US for years, long enough to go to an American high school, but he wasn't a citizen. So they  actually did report his immigration status, but of course they still won't have a headline saying "Mexican Immigrant Goes On Shooting Spree."