Killed In Holland—Fortuyn, van Gogh, But Not Wilders (Yet) 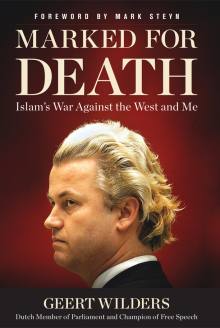 I was shocked to realize that it's been ten years since Pim Fortuyn was killed. Steve Sailer's post below [Pim Fortuyn, RIP] reminds me that we're all getting a little older—except for Pim Fortuyn, of course.

My own article on the murder, ten years ago, was called Dutch Vote For Tolerance; Establishment Media Vote For Intolerance.

Theo van Gogh was another victim, in 2004 [Islamic Immigration and Murder Among the Tulips]

Geert Wilders founder and leader of Holland's Party for Freedom (Partij voor de Vrijheid – PVV), has not been killed, yet, but his recent book is called Marked For Death

. and on Friday, he wrote in the Washington Times:

"As I write these lines, there are police bodyguards at the door. No visitor can enter my office without passing through several security checks and metal detectors. I have been marked for death. I am forced to live in a heavily protected safe house. Every morning, I am driven to my office in the Dutch Parliament building in an armored car with sirens and flashing blue lights. When I go out, I am surrounded, as I have been for the past seven years, by plainclothes police officers. When I speak in public, I wear a bulletproof jacket.

Who am I? I am neither a king nor a president, nor even a government minister; I am just a simple politician in the Netherlands. But because I speak out against expanding Islamic influence in Europe, I have been marked for death. If you criticize Islam, this is the risk you run. That is why so few politicians dare to tell the truth about the greatest threat to our liberties today. The Islamic threat to the West is worse than the communist threat ever was. Think of it this way: Politicians who warned against the Soviet threat weren’t forced into hiding, as we who speak out against Islam are."[Resisting threat of fanatical Islam, May 4, 2012]