Julie Burchill's Jewish Ex-husband Reviews Her "Unchosen: The Memoirs of a Philo-Semite"

What Julie Burchill’s ex-husband thinks of her new memoir

A review of Unchosen: The Memoirs of a Philo-Semite, by Julie Burchill. You can sum this memoir up in a sentence: Jews are smarter than the rest of the world, so suck it up gentile losers! 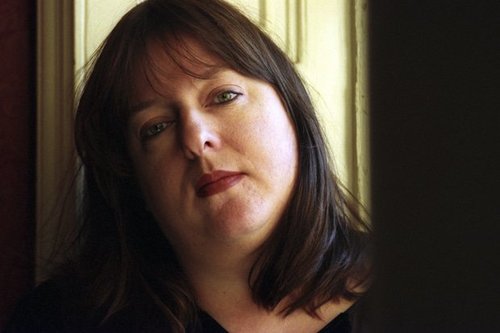 It’s a little hard to explain who newspaper columnist Julie Burchill is to a non-British audience. She was a teen record reviewer prodigy during the Sex Pistols era and managed to keep an audience either despite or because she has changed sides so frequently. And she’s a train wreck in the Hunter S. Thompson manner.

Unchosen: The Memoirs of a Philo-Semite Julie Burchill

Unchosen is the journalist Julie Burchill’s account of how she — a bright and bratty working-class girl from Bristol — fell in love with the Jewish race. It’s an exhilarating and exasperating mix of the utterly brilliant and the totally bonkers.

Poor Julie — she thought that her teenage dream of marrying a Jewish man had come true when she married me back in the 1980s. Yes, she got her Jew, but the -ish bit was missing. My family and I earn a chapter in her book called ‘Meet the Perverts’ and all I can say is: Oy vey! You think you’re a smart and funny man to be married to — and then you read an ex-wife’s memoir and you wonder: was I that boring?

Today Julie describes her self as a philo-Semite — that is, an admirer or lover of the Jews. But as her book makes clear, there are plenty of Jews Julie doesn’t love: me, David Baddiel, the journalist Anne Karpf, the actress Miriam Margolyes, her local lesbian rabbi, Elizabeth Tikvah Sarah and millions of Jews around the world who have ever criticised Israel. Her love is blind, deaf and dumb to such an obvious contradiction.

When I was married to Julie she was not only a philo-Semite but a Stalinist who regarded the working-class as the chosen people. Nowadays she’s a Stalinist philo-Semite; anyone who doesn’t toe the party line of uncritical support for Israel is branded a ‘self-loathing Jew’.

Julie’s love affair with Judaism began as a teenager in Bristol when she discovered the horrors of the Holocaust. (Funny; the horrors of Stalinism never bothered her.) So why does she love Jews? She says it’s not for the usual cute reasons: the humour, the food, the feeling for family etc. No, Julie loves the hard stuff: religion, Israel and Zionism.

But most of all she loves those big Jewish brains. Time and time again, she argues that anti-Semitism, criticism of Israel, war in the Middle East, you name it, are all rooted in one simple fact: the Jews are so much smarter than everyone on the planet. And this produces Jew-envy on a global scale.

One of the admirable things about her book is that she comes out and says what so many other pro-Jewish historians — like Paul Johnson and Simon Schama — only hint at deep in the subtext of their works. They would never be so intellectually crass as actually to say that the Jews are superior to anyone else. Julie, on the other hand, is happy to shout it out from the synagogue rooftop: the Jews are smarter, more successful and better than the rest of you lot, so suck it up, gentile losers! …

But you can’t simply dismiss Julie as a Zionist nutjob — despite the fact that numerous times in her book she practically comes out and says: ‘I’m a Zionist nutjob, so sue me!’ She has some fair points about how white liberal leftists have turned a blind eye to the sexism, homophobia and violence of Islam in the name of multicultural tolerance. And let’s give her credit: Julie was making these points back in the 1980s, when it was a brave thing to do. …

I suspect this model of the columnist as star doesn’t work as well in the Clickbait era. For example, Nicholas Kristof is an old-fashioned star journalist, an intelligent fellow who works extremely hard, traveling all over the Third World. But lately even Kristof seems to be turning to the Clickbait model of denouncing white people to get visits from readers who want to see if the whole column is as stupid as the link makes it sound.

The columnist business seems to be turning itself into something much like music on the Internet: So, evidently you like Post-Dub Step? Well, here are 300 more Post-Dub Step songs.

And then there’s the bred-in earnestness of American columnists, while London columnists gleefully prided themselves on being hacks looking for the Next Big Thing to ride for awhile.