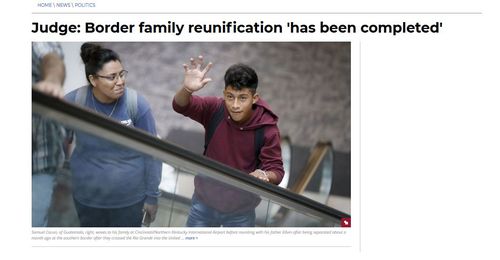 When Judge Dana Sabraw demanded a couple weeks ago that the government reunify invader adults with their apparent children, it seemed an impossible task. But on Friday, the judge said the deed was accomplished to the degree possible.

The judge overseeing the chaos from President Trump’s zero-tolerance border policy gave the government good marks for its efforts to reunify families, saying that for the parents the government has control over “that process has been completed.” [. . .]

He praised the government for meeting his strict deadlines, set in June, that forced agencies to scramble to reunite young children with parents by July 10, and the rest of the juveniles by this week.

He said the government managed to reconnect 1,820 children.

“The government can only reunify families over which it has control. and it has control over the families, the parents and children, in its custody,” Judge Sabraw said. [. . .]

This news may come as a blow to newspaper designers who have used emotive photos of foreign family reunifications to spice up their front pages while bashing President Trump as a meanie for enforcing immigration laws.

Funny, I don’t recall ever seeing a photo of an America victim of illegal alien crime on a newspaper front page — no sympathetic picture of shooting victim Kate Steinle, the murdered Bologna family or high school student Jamiel Shaw. 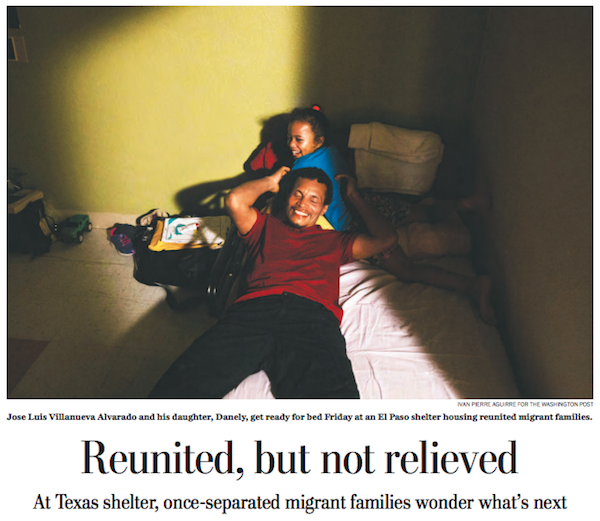 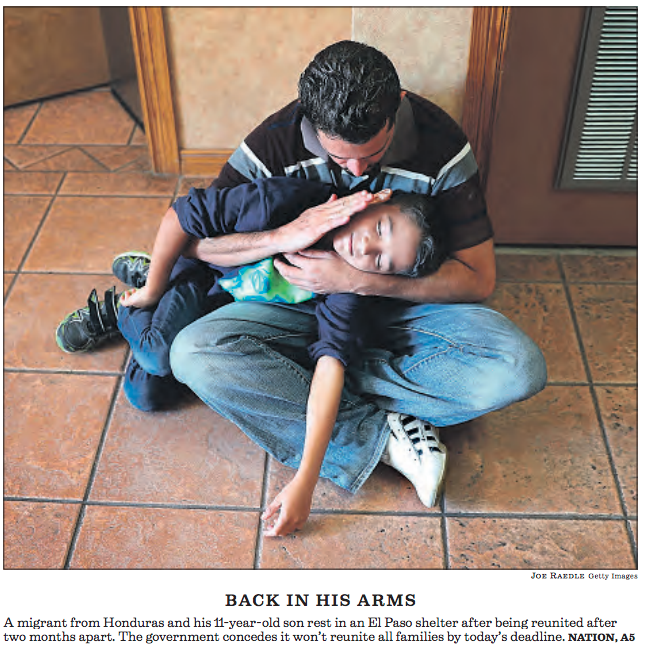