Judge Bazelon, The Mob, And Woody Allen As Investigative Movie-Maker

Earlier by Steve Sailer:  A Theory About Why Judge Bazelon Could Empathize with Criminals

(Supermob had a familiar ring, because I’d bought it on May 11, 2019, and was even able to find where The Boss had hidden it. It’s a real page-turner: Its stars include MCA’s Lew Wasserman, Sam Giancana, Bugsy, er, Ben Siegel, Harry Cohn, Sammy Davis Jr., Sinatra and George Raft, while a lot of players you’ve surely never heard of play cameo roles, often as named informants.)

The gangster/judge Bazelon—talk about movie material!—one of those sanctimonious jurists you love to hate, was a “libertarian,” i.e., the black cut-throat’s best friend. His granddaughter, Emily Bazelon, carries on the family tradition, as a fake crime-and-courts journalist at the New York Times.

Sergio Leone was an erratic director, but I see now that in his epic, ultraviolent bomb about Lower East Side-born Jewish gangsters, Once Upon a Time in America (1984), based on the supposedly autobiographical novel by Jewish gangster Herschel Goldberg, aka Harry Grey, Leone understood that aspect of American history much better than I gave him credit for. 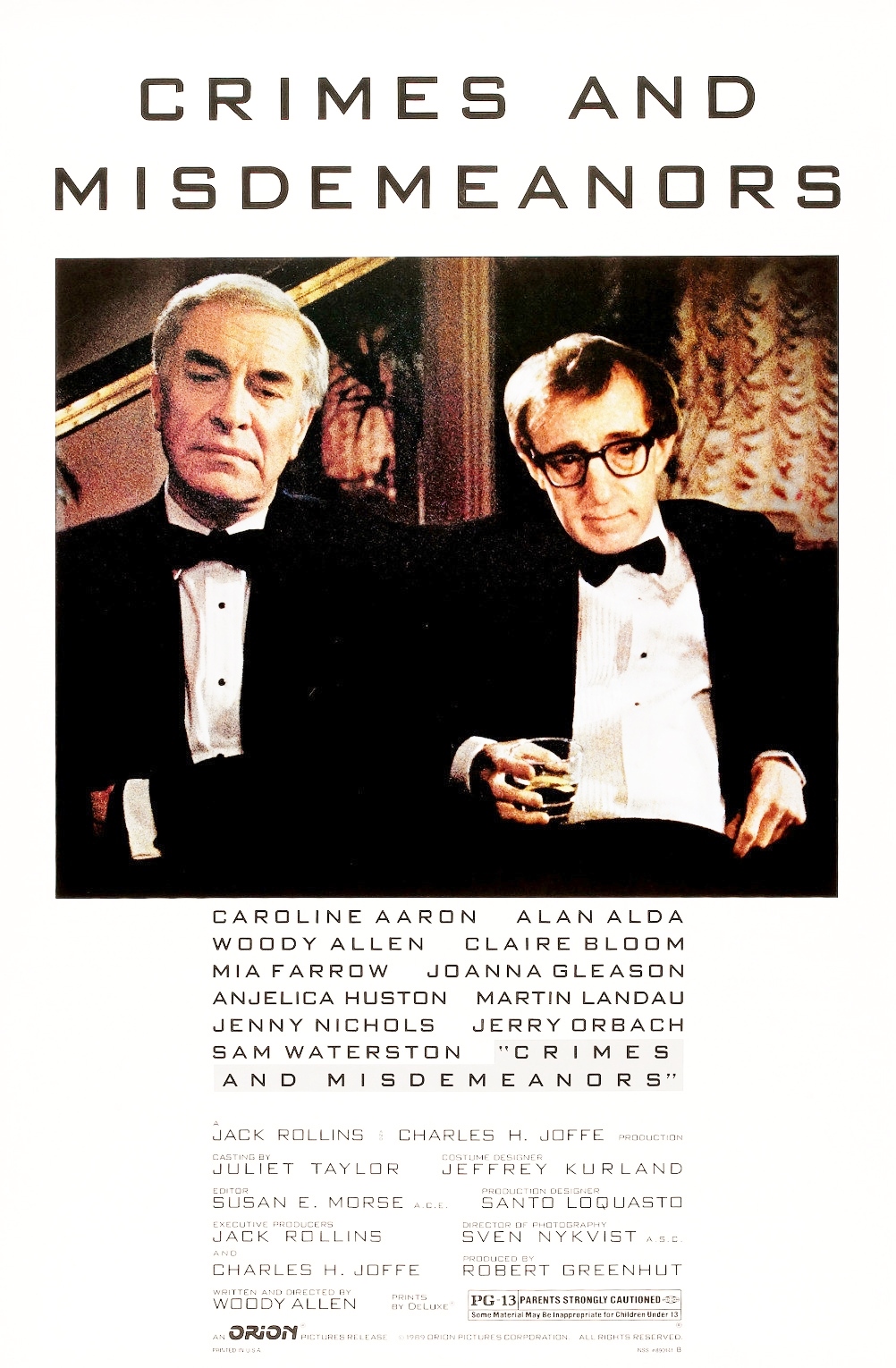 Ron Unz’ long, juicy title does not disappoint: “The Power of Organized Crime: How a Young Syndicate Lawyer from Chicago Earned a Fortune Looting the Property of the Japanese-Americans, then Lived Happily Ever After as America's Most Respected Civil Libertarian Federal Appellate Court Judge.”

The last good movie I saw by Woody Allen was all about this mope’s world. Crimes and Misdemeanors (1989) starred Martin Landau as a pillar of the Jewish Manhattan bourgeoisie. Landau is an ophthalmologist, if memory serves, who gives lots of money to all the right Jewish charities, and is known for his elevated morality. Well, there is the matter of his mistress, but nobody’s perfect. And there’s the matter of his murdering said mistress, when she threatens to blow the whistle on him to his wife, but as I said…

A solution beckons: The Landau character’s despised brother (Jerry Ohrbach) is a low-level criminal, who “disappears” the mistress’ corpse.

Allen’s character is an impoverished, unsuccessful, impolitic documentarian and social critic, a world about which I wouldn’t know anything.

To make such a movie took not only moxie, but a great deal of knowledge, on Allen’s part. He was tearing the cover off of an entire, evil subculture. At the time, while I read numerous high-toned reviews praising C&M in the New York City press, however, I saw no references to what this picture now appears to have been about. Instead, the critics come and see, speaking of Dostoevsky. As I wrote in 2006 on my own blog:

“Maybe we ought to make jurists wear see-through robes. There’s something about the combination of wearing a black robe, sitting high above the rest of us, and being addressed as an institution (“the court”), that tends to go to judge’s heads.

“One must always keep in mind, when talking about judges, that they are a class dominated by the grimiest political hacks, most of whom owe their positions to party machines and backroom deals, even as they hold forth about “the (political) independence of the judiciary.” They couch the most corrupt and politically partisan decisions in the language of moralistic sanctimony, as if they were speaking from Mount Olympus, rather than from the sewer.”