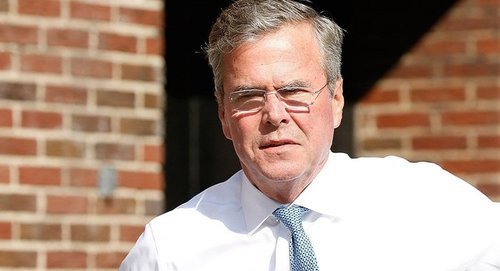 Jeb Bush’s campaign insists the wholesale restructuring announced Friday is merely a course correction, a reallocation of resources and heightened focus on New Hampshire. But for a growing number of Bush’s supporters, frustrated by his prolonged slump and poor performance, the latest campaign shake-up is looking like more of a death knell.

Starting on Nov. 1, the campaign will cut payroll costs by 40 percent, downsize its Miami headquarters by more than 50 percent, reduce travel costs by 20 percent and cut 45 percent of spending on things other than media and voter contact. Even if those moves ease financial pressures on Bush’s large campaign operation, they only reinforce the prevailing narrative about a candidate, not long ago viewed as a front-runner, in freefall.

According to donors, some of whom called for Bush to rein in its spending, the campaign’s assurances about its organizational and financial advantages have worn thin; and the third-quarter financial report, filed last week, gave further definition to their growing concerns about the state of a big-spending campaign failing to deliver results.

“These donors are not finding these explanations by the Bush team believable,” said one bundler, speaking on the condition of anonymity.

I’ve got an explanation for Jeb’s poor performance: He keeps implying to voters that he likes Mexicans more than he likes Americans.

It’s not like insiders, such as donors and pundits, didn’t know that about Jeb — they just thought that was going to be a feature rather than a bug of his campaign.