Jeb Bush Gets a Semi-Friendly Look from the Washington Post 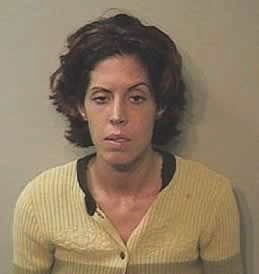 Is the Washington Post developing a lib-crush on Jeb Bush? The Washington Post features a curious piece about Bush on Monday’s front page (“For Jeb Bush, a family decision”), celebrating his appeal to diversity via the Mexican wife, but the article brings up ancient history that may have been forgotten by the public. One item: daughter Noelle’s several run-ins with the law concerning drugs, including a famous 2002 mug shot (shown).

Incidentally, the mainstream press exhibited fondness for John McCain whom they characterized as a “maverick” but the affection for the Arizona Senator disappeared when he actually ran for President. The liberal media is not a reliable squeeze.

Still, the article has too many negative details of the Jeb Bush narrative to be considered a full-on puff piece. We read that Jeb and Mexican wife Columba speak Spanish together; is English not comfortable for her? (At least candidate John Kerry’s immigrant wife, billionaire Teresa Heinz, was an adequate speaker of America’s language.) Plus, there’s the druggie daughter “hiding crack cocaine in her shoe.”

Perhaps if Jeb were to expand on his statement that illegal immigration is an “act of love” then that might get more positive press clips. Too bad for Jeb that the voters are sick of open borders fawning from elites.

As Jeb Bush eyes 2016, key question is how a presidential campaign would affect his family, Washington Post, May 11, 2-14

Jeb Bush can trace some of his most appealing qualities as a potential presidential candidate for a diversifying electorate to his 40-year partnership with his Mexican-born wife, Columba.

The couple speak Spanish to one another, and their lives have been immersed in Hispanic culture and the immigrant experience.

But Columba’s intense distaste for the public arena is one of the issues weighing most heavily on the former Florida governor as he grapples with whether to run for the White House in 2016, according to interviews with friends, former staffers and GOP donors close to the family. These people said Columba may be willing to take on the burdens of a campaign, yet even then the couple would need to find a way to craft a comfortable role for her.

“Columba is not in any way power-ambitious,” said Rafael A. Peñalver Jr., a Miami lawyer who has been friends with the Bush family since the early 1980s. “She is a very private person.” He added: “She’s supportive and will stand by him, even taking roles that are not in her nature.”

Still, another Bush confidante said, “the family issues are Columba, 1, 2 and 3. It’s whether she’s up for it.”

“She’s cognizant of what a campaign would be like, and she would have to come to terms with that. He’s not going to do it over her objections,” said the confidante, who like a number of loyalists, spoke only on the condition of anonymity to discuss sensitive internal deliberations of the family.

Both Bushes declined to be interviewed, and spokeswoman Kristy Campbell declined to comment on his behalf.

Jeb Bush, 61, has acknowledged that he is thinking about running, indicating he will make a decision later this year. He has repeatedly said he will decide based on whether he believes he can run an optimistic, hopeful campaign — run “joyfully,” as he has put it — as well as whether a campaign would be the right thing for his family.

Presidential campaigns have come to rely heavily on candidates’ family members playing visible roles such as fundraising, speaking and submitting to media interviews. Spouses have increasingly become full-fledged fill-ins for the candidates. Sons and daughters help the candidate forge ties with younger voters and can soften and humanize a candidate’s image.

The pressure for family participation could be more intense on Bush, who is so widely identified as the scion of a political dynasty and who could find himself facing a campaign by Hillary Rodham Clinton that fully incorporates her husband and daughter Chelsea as political allies.

People close to Bush say the impact a modern presidential campaign would have on his wife and children remains the most important piece of a difficult family decision that goes far beyond a simple political analysis of whether voters want another Bush in the White House. In addition to Columba’s reluctance, he must consider their 36-year-old daughter, Noelle. Her struggles with drug addiction burst into the headlines 12 years ago when she was arrested, but she has since dropped almost entirely from public view.

“He has a family that’s very private, even as he lives in a very public world. He doesn’t take that lightly,” said one Florida GOP operative who knows Bush well.

Bush must also weigh how a presidential run could affect the political ambitions of George P. Bush, the eldest of his two sons, who is just now starting to define himself as he runs for land commissioner in Texas. His younger son, Jeb Jr., runs an investment firm with his dad and has started campaigning for some Republican causes such as encouraging more GOP Hispanics to seek office.

Jeb first met Columba, now 60, while he was on a study-abroad trip to Mexico as a high school student at the elite Phillips Andover Academy. He has described their meeting as love at first sight, but Columba never fully embraced the political spouse role as warmly as her mother-in-law, Barbara Bush, or sister-in-law, Laura Bush.

After his failed 1994 bid for governor, Jeb Bush acknowledged that his marriage had frayed. He publicly committed to spend more time at home, and he converted to her religion of Catholicism before running again for governor and winning in 1998.

Columba Bush at times seemed a reluctant first lady of Florida. She appeared shy when speaking in English, her second language.

During her husband’s first year in office, she was briefly detained by U.S. Customs agents at the Atlanta airport after falsely stating that she had bought only $500 in clothes on a five-day Paris shopping trip. She had in fact purchased about $19,000 in clothing and jewelry, an embarrassing episode that would likely be revisited during a presidential campaign.

“I did not ask to join a famous family,” she said while apologizing at the time. “I simply wanted to marry the man I loved.”

These days, friends and allies say Columba Bush is happily ensconced in Miami, enjoying a post-political life with friends and her three young grandchildren. She rarely appears with her husband at policy or political events.

Friends say she remains engaged on issues she cares about, but in her own quiet way. She has written editorials in Florida newspapers about fighting domestic violence, for instance. She directs a small offshoot of Jeb Bush’s education foundation, handing out arts scholarships each year to Florida high school students.

As a board member for CASAColumbia, a national anti-drug group based at the New York university, she attends fundraisers and twice-yearly board meetings and has a say on an issue her family experienced first-hand through Noelle.

Joseph A. Califano Jr., founder of the center, recalled that Columba Bush gave remarks at an event a decade ago. But he said that while she brings authenticity to her efforts, she clearly does not crave such opportunities.

“God knows, I’ve known a lot of political wives,” said Califano, a former Cabinet secretary who was also a top adviser to President Lyndon B. Johnson. “She is not a traditional political wife.”

Tom Slade Jr., former chairman of the Florida Republican party and a Bush friend, said Columba long ago accepted her husband’s ambitions. He recalled running into Columba at a Republican women’s meeting in Jacksonville several years ago, where she appeared uncomfortable, as she often did at such events. But, he said she told him, ‘Jebby really does love politics, so I can’t stand in his way.’ ”

Several people close to the family say Columba Bush is also considering a potential benefit of a presidential run — the chance to make progress on issues important to them both, especially immigration. “That has to weigh on her,” the confidante said.

Beyond Bush’s wife, a presidential campaign would bring renewed attention to their daughter, whose mug shot was widely circulated online and in the media after she was arrested in 2002 on charges of fraudulently buying prescription drugs. Later, Noelle Bush served 10 days in jail after she was found hiding crack cocaine in her shoe during a stay at court-ordered drug rehabilitation.

At the time, her father was beginning his gubernatorial reelection campaign and her uncle George W. Bush was in the middle of his first term as president.

The episode brought attention to a struggle the family had dealt with privately for some time, and it also drew a more personal connection between the then-governor and many voters.

During his travels around the state, he said during a speech days after his daughter’s arrest, “an hour doesn’t go by where somebody doesn’t quietly come up to me and say, ‘I know what you’re going through.’?”

Now living in the Orlando area and working for a human resources software company there, Noelle Bush has kept a public profile so low that a number of friends and former staffers of her father’s said they had little clue how she might greet a campaign. They said, for instance, that it was unclear whether she would be prepared to give interviews about her recovery or if she would resist the made-for-television persona of inspirational role model.

Still, she has been spotted at family outings in recent years. Several former staffers said she attended a July reunion of Bush campaign and gubernatorial workers held at Disney World, where she shook hands and chatted easily with those closest to her family.

Penalver said he has seen her a few times in the last year, once at a family brunch on the grounds of the Biltmore Hotel in Coral Gables and again in the pews of the Catholic Church of the Little Flower on Christmas Eve as Jeb and Columba prayed with their children and grandchildren.

“She seemed fine. She seemed gracious,” said Penalver, who has known Noelle since she was a girl.

Friends and supporters are increasingly urging Bush to run. Longtime Bush fundraiser Zach Zachariah recounted attending a cystic fibrosis fundraiser with Bush in December where a cake was discreetly brought forward that bore the words “Bush 2016.”

But Zachariah and others said they are well aware that there is little his political supporters can do to assist him in making such a personal calculation in the coming months. There are no polls to consult and no aide who can offer advice about how the presidency affects a family that a Bush would not already know intimately.

“He’s the person who ultimately makes the decision. The process is that he has to decide for himself,” Zachariah said.