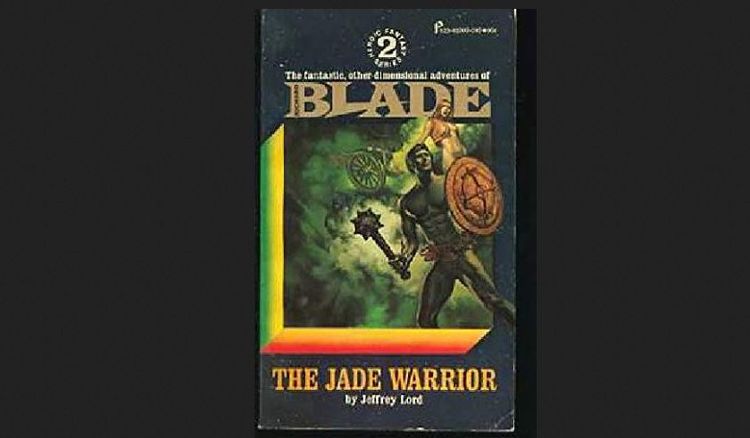 This is from Mark Steyn's latest column in Macleans Magazine about the Canadian Human Rights commission which has been harassing him and others for expressing their opinions, (or for quoting Muslim fanatics expressing theirs)

The lead investigator testifying on Tuesday, Dean Steacy, is blind, but the justice his commission administers certainly isn't: if you're one of their allies, they'll start lurking on websites before you've made a formal complaint...Marc Lemire then wrote a post on the Stormfront website explaining that his complaint had been rejected by Dean Steacy. Up popped "jadewarr" with a follow-up post. Who, you're wondering, is "jadewarr"? "It's 'jade war' not 'jade ware,' " said Dean Steacy, a little tetchily, to counsel.

Mr. Steacy is the lead Section 13 "hate" investigator of the Canadian "Human Rights" Commission, but he may be better known—” at least to the white supremacists and neo-Nazis among you—” as "jadewarr," his nom de guerre when he goes lurking on the Internet. "Jadeware" sounds like a nice wedding gift from Eaton's, whereas "jadewarr" is an abbreviation for Jade Warrior, who is "a character out of a novel that I read as a teenager," explained Mr. Steacy. ....

There must be a few genuine white supremacists whooping it up over at "Stormfront," but they seem to be thin on the ground. Mr. Steacy, the CHRC's lead investigator, is a member of Stormfront; Richard Warman, celebrated Canadian "human rights" crusader and plaintiff on every CHRC case since 2002, is a member of Stormfront; and Sgt. Stephen Camp is a member of Stormfront. What proportion of Canada's "white supremacists" are, in fact, government employees? On a quiet day, chances must be pretty good that you'll log on and find the joint deserted except for "jadewarr" (Mr. Steacy) trying to entrap "estate" (Sgt. Camp) while "estate" (Sgt. Camp) is simultaneously trying to entrap "axetogrind" (Mr. Warman). "There really should be a register of pseudonyms," urged lawyer Doug Christie, "so that investigators don't wind up investigating each other."[Kangaroo court is now in session, By MARK STEYN , Macleans, March 26, 2008] It's important to note that these undercover officers are not trying to entrap the real neo-Nazis, (if any) into bomb plots—they're trying to entrap them into saying bad things—for which they can be prosecuted under Canadian law, or fired from their jobs. We haven't been covering this much at VDARE.com because it's being covered very well by other sites, but I just had to look up the "Jade Warrior" thing for myself, and here it is:

When a computer transported Richard Blade to Dimension X, he found himself in Mortal danger. Dimension X was a land in peril. The aristocratic Caths, besieged by the Mongs, a cruel and mindless people, were constantly engulfed in wars and violence. Richard Blade was their only hope. But he was a man alone - and time was running out . . .

Now, it happens that I've read a lot of science fiction, including cheap paperbacks which in come in #'s 1 through 17, but I've never read the Richard Blade series, so I had to look it up. The reason I never read it is because it looked like they were all the same book, and this turns out to be the case—the SwordAndSorcery.org story belows says that the books can be read in any order, and they all have exactly the same plot, so here is an inside view of the teenage fantasies of a Canadian Human Rights investigator:

The story lines in each book are very similar. Blade is transported, totally naked, to a strange new dimension where he encounters a set of opposing societies, with one oppressing the other. His sense of what's morally right leads him to join the oppressed people in their battle over their oppressors. He becomes involved with the leading ladies in the stories and has sexually explicit encounters with them, regardless if they are the oppressed or the oppressors. Some of his ladies are killed in some of the books. The dimensions are very similar to Earth, but with some different types of vegetation and animals, and different skin colorings on some of the peoples he encounters, such as dark blue, red, etc.

Of course, for this to work out, the fictional Blade's sense of "what's morally right" has to be dead-on, or he might accidentally pick the wrong side—in real life Dean Steacy is investigating insults to fanatical Muslims, which Canadian blogger Kathy Shaidle has called "The moral equivalent of hiding Nazis in your attic during WW2."