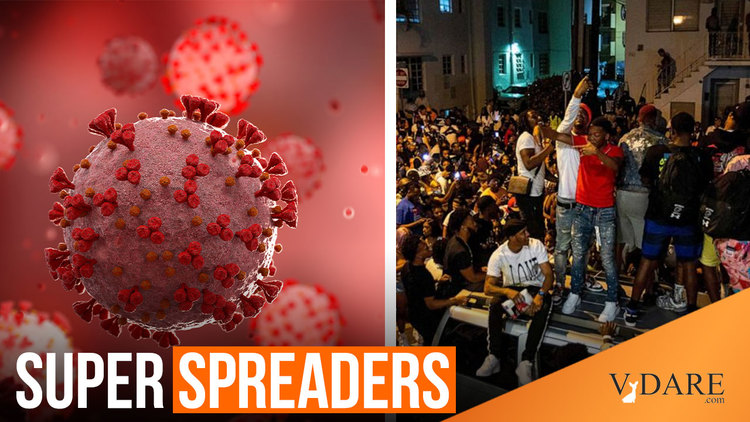 After weeks of uninhibited partying on South Beach by spring breakers, police turned away throngs of people — many of them Black — from world-famous Ocean Drive with a SWAT truck, pepper balls and sound cannons.

The tactics were intended to enforce an 8 p.m. curfew announced only hours earlier on Saturday to rid the city of what police and politicians have described as unruly and sometimes violent late-night crowds. And the tactics appeared to have the desired effect: By mid-evening, police tweeted out a picture of the empty intersection at Ocean Drive and Eighth Street.

But the use of force to clear out people of color from South Beach alarmed some Black leaders. And if Miami Beach has openly recoiled at the behavior of at-times chaotic crowds filling the city’s entertainment district every weekend, some in South Florida are having a similar reaction to the way the city and its police have handled the presence of thousands of people of color.

“I was very disappointed,” Stephen Hunter Johnson, chairman of Miami-Dade’s Black Affairs Advisory Committee, said Sunday morning. “I think when they’re young Black people [on South Beach], the response is, ‘Oh my God, we have to do something.’”

Videos on social media showed Miami Beach police arriving on Ocean Drive Saturday evening to find a massive crowd still on the street after the curfew kicked in. Videos also showed officers turning on their sirens and, at one point, firing pepper balls into a crowd, sending people scrambling.

At a special meeting on Sunday, Miami Beach city commissioners extended the Thursday through Sunday curfew and causeway closures through April 12.

Glendon Hall, the chairman of Miami Beach’s newly formed Black Affairs Advisory Committee, said he was on Ocean Drive at the time helping “goodwill ambassadors” guide the crowd off the street, but did not see what led police to use pepper balls. The ambassadors are city employees who hand out masks and help tourists.

Before the dispersal, he said, the crowd was peaceful. Then a Coral Gables SWAT truck drove nearby, and tensions rose. The pepper-ball shots set off panic, and the crowd rushed down the street. Hall took cover behind a tree.

“The truck showed up and nobody knew why the truck was there,” he said. “When we tried to calm things down, that hyped things up.”

Somehow, black people violating all rules and regulations in South Beach is the fault of white people and just another exaggeration of the awesome power and force of white privilege..