It's Not Okay to be White: The GUARDIAN Editorial Board Denounces Taylor Swift 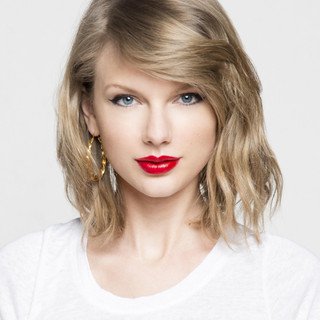 Here’s an editorial from The Guardian. This is not an op-ed by some random social justice jihadi, like the similar excoriation of Taylor Swift’s whiteness that Buzzfeed ran a couple of weeks ago, this is an editorial representing the official stance of Britain’s leading left-of-center broadsheet on the Taylor Swift Question:

The Guardian view on Taylor Swift: an envoy for Trump’s values?

In the year since Donald Trump was elected, the entertainment world has been largely united in its disdain for his presidency.

For example, practically everybody who has labored under Harvey Weinstein has spoken up against Trump.

But a notable voice has been missing from the chorus: that of Taylor Swift, the world’s biggest pop star. Her silence is striking, highlighting the parallels between the singer and the president:

Because President Trump is also notorious for his silence, for his refusal to weigh in on political topics?

their adept use of social media to foster a diehard support base; their solipsism; their laser focus on the bottom line; their support among the “alt-right”.

Mr Trump realised it was more effective to target a core group than attempt blanket appeal in his campaign – but Swift worked it out first. For years, she has directed her extraordinary self-promotional skills towards cultivating a dedicated and emotional army of followers …

As opposed to, say, Beyonce fans who get irate over Beyonce having won merely 22 Grammys?

… Yet notably her much-publicised “squad” of female models, actors and musicians is largely thin, white and wealthy. In a well-publicised Twitter exchange with rapper Nicki Minaj, she treated the discussion of structural racism as not only incomprehensible, but a way to disempower white people such as herself – though her lawyers have taken action over articles that associate her with the far right, and have taken issue with claims that she has not sufficiently denounced white supremacy.

Actually, it’s okay to be white.

In Nazi terminology, Gleichschaltung …, was the process of Nazification by which Nazi Germany successively established a system of totalitarian control and coordination over all aspects of society, “from the economy and trade associations to the media, culture and education”.

But, as we all know, the people demanding that the pop singer audibly fall in line politically can’t be doing anything Nazi-like because it’s Swift who has — like, you will notice, Trump — blond hair and is therefore biologically programmed toward being a Nazi.

It’s Science. People with blond hair are Bad, while people with other color hair are Good (except for gingers, who are just sub-human). Don’t you believe in Science?