We all know the deal by now.

Just a few details of this story flipped, we are witnessing a story the corporate media wouldn’t stop covering for at least a month.

As it is, enjoy the sound of anti-white silence, with few people ever reading the details of what happened to Janae Jordan at the hands of Nimo Jire Kalinle, pictured below. 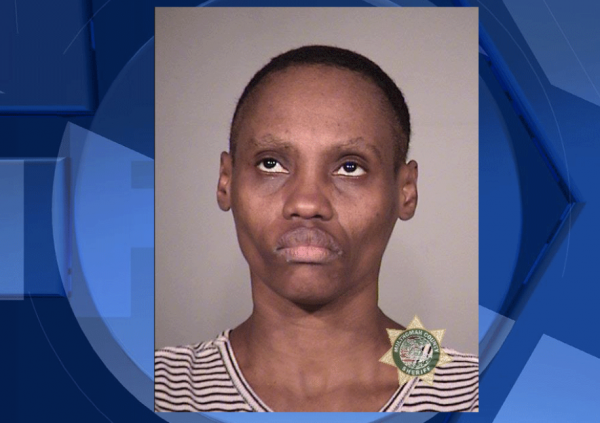 (Kalinle seems to be a Somalian name.)

Portland woman charged with hate crime. Where’s the media on this one?, Law Enforcement Today, March 3, 2020

A black woman is facing hate crime charges after allegedly assaulting a white woman outside of a bus in North Portland. Reports indicate that the suspect allegedly said “I hate white people” while engaging in the assault.

Janae Jordan was allegedly pummeled right in front of her husband and child on January 19th by 42-year-old Nimo Jire Kalinle. The incident allegedly occurred right after Kalinle had stepped off of the bus stopped at North Fremont Street and Gantenbein Avenue.

Portland: Nimo Jire Kalinle, 42, is accused of beating a woman in front of her family and saying, “It’s because you’re white and I hate white people.” pic.twitter.com/bqqqkf2y0K

During the unprovoked assault, the victim asked Kalinle why she was attacking her. According to a probable cause affidavit, Kalinle stated:

“It’s because you’re white and I hate white people.”

Court documents further alleged that the victim had no previous interaction with Kalinle, citing the time of the assault as the first time ever seeing her. Kalinle went before a judge regarding the case on February 24th, where she pled not guilty to the charges levied. She’s scheduled for her next court appearance on March 6th.

While every form of crime motivated by a racial or ethnic bias is disturbing, it’s not often to see suspected black offenders make headlines similar to suspected white offenders. This is despite the fact that for every 2 reported hate crimes involving a white suspect, there’s on average 1 reported where the suspect is identified as black or African American.

While white suspects account for 53.6 percent of reported hate crimes, black suspects are reported 24 percent of the time. What makes those numbers disturbing is that the black population in America is slightly below 13 percent, while the white population sits at around 61 percent.

So, while the white population consists of the majority of hate crime offenders recorded by the FBI, it’s a population 4.6 times greater than the African American community. Meaning that a population over four times as great is committing hate crimes at a rate slightly over twice as high as the other, considerably smaller isolated population.

If the populations were adjusted to identical levels (i.e. a 1-to-1 instead of a 4.6-to-1), then you’d see that African Americans are actually twice as likely to commit a hate crime when compared to their white counterparts.

Crimes motivated by a racial bias are of concern, but keep in mind that the mainstream media is framing a picture not representing the entire truth.

What do you think happens when blacks marinate in 24/7/365 anti-white hate from cradle to grave?

Just listen to the rationale behind the attack, and you’ll understand: “It’s because you’re white and I hate white people”.