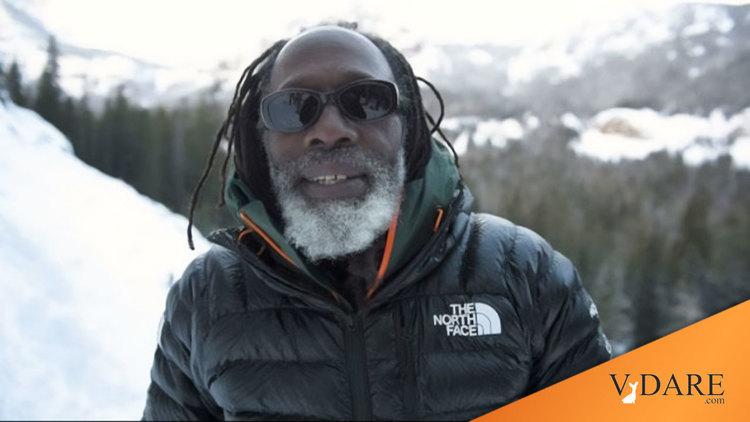 Is Mountain Climbing A Social Construct?

A team of nine black climbers is attempting to scale Mount Everest to tackle the mountain’s ‘intentional lack of access for black people’ and mountaineering’s ‘colonial history’.

The Full Circle Everest Expedition, which climbing leader Fred Campbell described as ‘the first all black and brown expedition to the highest place on earth’ in an Instagram video, is hoping to change the future of mountaineering.

The first two men to ever complete the climb to Mount Everest’s summit were Sherpa Tenzing Norgay, from Nepal, and Sir Edmund Hillary, from New Zealand, in 1953.

In fact, many people from the Sherpa community climb the mountain daily during peak season to carry heavy supplies for climbers, and outside of Nepal, ‘Sherpa’ has also become a name for mountain guides.

According to a GoFundMe created for the expedition – which has surpassed its $150,000 goal – only eight black climbers of the 10,000 made it to the summit.

Is mountain climbing a social construct?

It’s hard to say how much people in the past climbed mountains for the sake of climbing mountains. Throughout much of human history around the world, it seldom seemed to occur to many people to climb a scary mountain just because it’s there. In general, people seemed to feel that life was tough enough without making it harder by getting yourself killed falling off a mountain.

Yet…going up on a mountain comes up several times in the Bible: e.g., Moses receiving the Ten Commandments on Mt. Sinai and the transfiguration of Jesus on, perhaps, Mt. Tabor. It’s hard to say whether the mountain settings were recorded because it was extraordinary to climb a mountain or whether it was assumed to be understood by readers that climbing a mountain was good for having a spiritual experience.

Like Abraham planned to do with Isaac on Mt. Moriah, the Incas sacrificed children on a volcano in the Andes.

When did the Japanese start hiking to the top of Mt. Fuji?

Humans no doubt also climbed high up on mountains for functional reasons: to see what’s on the other side of the mountain or to bring something valuable back down—e.g., Cortez sent men up to the crater of Popocatépetl to get sulfur for gunpowder.

Overall, people seemed to consider mountain climbing about as fun as mining for coal. On the other hand, maybe it wasn’t actually all that rare for adventurous young men to climb mountains in the past, but there wasn’t much of a vocabulary for recording in writing their disreputable activity? (In the 20th century, mountain climbers wrote a huge number of books.)

The 14th century Italian poet Petrarch was the first recorded European climber, and it didn’t become a regular hobby in Europe until the 18th or 19th centuries.

The rise of mountain climbing may be linked to the rise of Romantic Age after the more reasonable Age of Reason. The first known attempt to climb Mt. Blanc dates to the 1750s, about the time of Edmund Burke’s theory of the beautiful (e.g., landscapes conducive to human habitation) and the sublime (landscapes that are thrilling because they might kill you).

Explorers traditionally weren’t that interested in mountains, being far more concerned with finding passes. But by 1806, Lt. Zebulon Pike attempted to climb Pike’s Peak upon first seeing it, which seems like the kind of thing a young man might do in the age of Napoleon and Beethoven. (Did Lewis & Clark climb any mountains for the fun of it, or did they stick to the easiest possible route?)