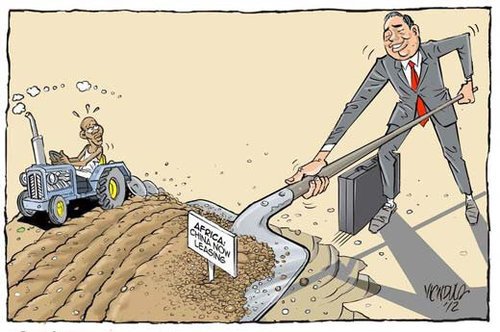 Is African Immigration to Europe Driven by Chinese Land Grabs?

The backward focus of Western progressives also obscures the massive land grab in Africa today. Industrial agriculture and logging, both chinese and western, displace subsistence peoples into urban slums. But *this* neo-colonialism serves the interests of the economic upper stratum and is rarely reported upon as such. The american left, useful idiots that they are, see only the rear-view mirror of history and their own navels.

I’d also suggest the immigration pressure on Europe is an effort to redomicile this excess population (in service of the same economic interests).

It’s not uncommon down through history to have a farm population scratching out a marginal living using traditional means off land that a few bright guys then figure out can more profitably be repurposed for other uses. The peasants are driven to emigrate by insiders cashing in on the value of the land. The most famous example were the Enclosures in Britain, but NAFTA’s destruction of small corn farmers in Mexico is a more recent instance.

Africa is an enormous amount of land that traditionally wasn’t fully exploited. Francis Galton suggested 142 years ago that the Chinese would make far more off African land than Africans would.

But now there are a billion Africans, so they have to be redomiciled somewhere if the African land is to be most profitably exploited.