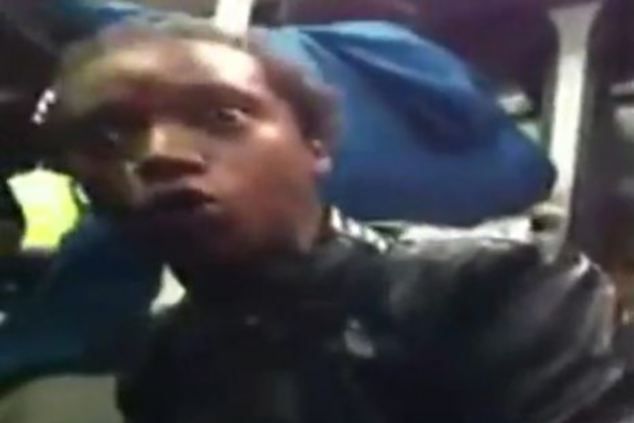 Earlier this year, Londoner Jacqueline Woodhouse was jailed for 21 weeks after mouthing off drunkenly against black and brown fellow passengers in a Tube (=subway) train in January.  "Racially aggravated intentional harassment" was the charge.  You can see some of Ms. Woodhouse's rant here.

Meanwhile another Londoner, Emma West, will finally come to trial, after almost a year of delays, on September 5.  She is charged with two "racially aggravated public order offences."  Ms. West had railed at the Third-World-ification of her country while riding a tram last October. She looks and sounds drunk to me; but there is some issue with medication, so this may not be the case.

Now we have a new London-public-transport-drunken-race-rant gal, name not yet known.

Yesterday the Metropolitan Police confirmed that the footage had been brought to their attention and they were currently assessing it.

Given that the Met is the most race-whipped institution in the Western world, with the possible exception of our own beloved Republican Party, it will be interesting to compare the outcomes of these three cases.