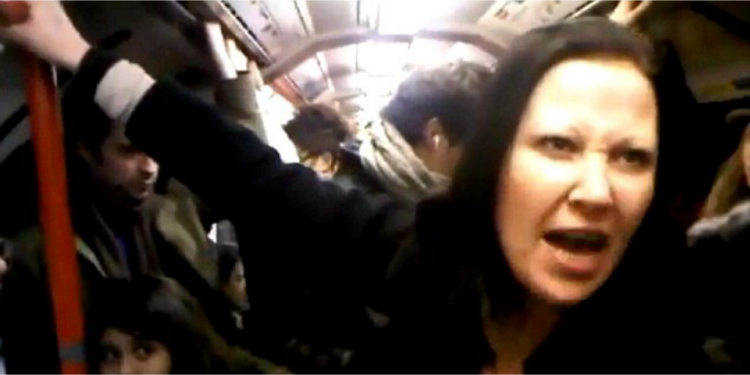 A white English woman named Jacqueline Woodhouse has been sentenced to 21 weeks in jail by an English court for "racially aggravated intentional harassment" while drunk in the London Subway.

This is a  separate incident from the one discussed by Sean Gabb in The Persecution Of Emma West. For how things like this can and have happened here see “Hate Crimes”: Washington’s War Against White Working Class Dissent