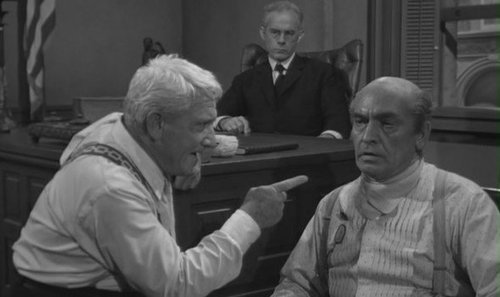 In A 1967 “Civil Rights” Case, The ACLU Argued Against The Theory Of Evolution They Defended In 1924

Steve Sailer defined liberal creationism as the view that “the assumption that these Darwinian selection systems were zooming along for billions of years, but then instantly ground to a halt 100,000 or so years ago when the first modern humans evolved.” [Liberal Creationism v. Darwinism, December 5, 2001]

Sailer was characterizing how most attempt to silence scientists who discuss evolved differences between humans, but few would say that they do not actually believe the theory of evolution applies to humans.

However, I was listening to C-Span this weekend and they replayed the Supreme Court oral arguments of Loving v. Virginia, which invalidated anti-miscegenation laws.

Loving’s attorney, Philip J. Hirschkop of the ACLU, went on a tangent against the America of 1924, when Virginia enacted its Racial Integrity Act. In the 1967 oral argument, that you can now listen to online, he said:

the historical period we're all familiar with, a period when the West was in arms over the Yellow peril and Western states were thinking about these laws an some got em, a period when the immigration laws were being passed to the United States because the North was worried about the great influx of Italian immigrants and Irish immigrants, a period when the Klan rode openly in the South and that's when they talked about bastardy of races, and miscegenation and amalgamation and race suicide became the watch word, and John Powell, a man we singled out in our brief, a noted pianist of his day, started taking up the Darwin Theory and perverting it through the theory of eugenics, the theory that applied to animals, to pigs, and hogs, and cattle. They started applying it to human beings. [Loving v. Virginia, Oyez Project]

The ACLU takes great pride in its defense of John Scopes, who went on trial for teaching Darwin (though in reality, it was a staged trial). Yet apparently their own attorneys decided to pretend that he never published Descent of Man.