Earlier: His Name Is Mark Schlemmer: White Father of Two "Mistakingly" Gunned Down by Black Male in St. Louis and Was Mark Schlemmer's Killing A MURDER Gone Wrong?

Our good friends at the St. Louis Metropolitan Police Department not only put out an annual report on crime broken down by race, but a weekly analysis of the yearly crime rate. 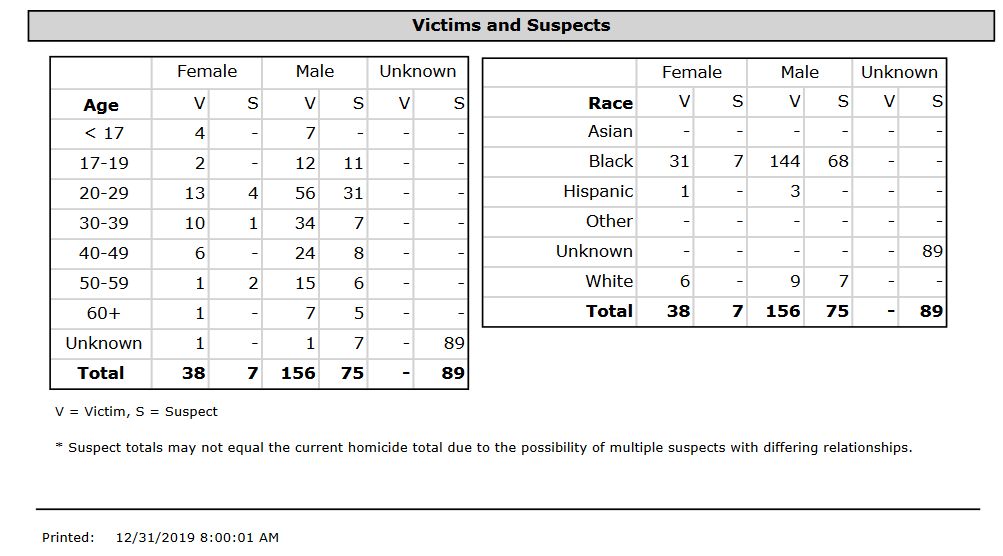 Also, conveniently, the SLMPD breaks out violent crime by the race of suspects.

Suspects are known in only 42 percent of the homicides, with 75 of the suspects being black and 7 being white (there were 15 white victims of homicide in St. Louis in 2019).

This means blacks are 9.28 times more likely than whites to be arrested for homicide in 2019 St. Louis. And remember: Only suspects are known in only 42 percent of the cases… odds the 58 percent of the remaining cases have a black suspect? Pretty high.