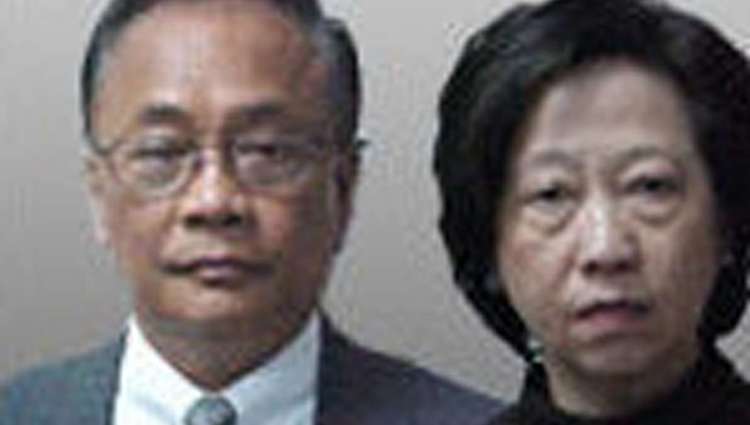 A Filipino-American couple are in court after officials found out that they had been harboring an illegal immigrant in their home—for twenty years—and not paying her any money. (Money was sent to her family.)

Jefferson Calimlim is an ENT doctor. He could presumably afford to pay decent wages.

MILWAUKEE – A federal grand jury has indicted a suburban couple on accusations they harbored an illegal immigrant for the purpose of private financial gain.

Jefferson N. and Elnora M. Calimlim of Brookfield were charged Tuesday after a maid told investigators that she had not been able to leave their home without an escort during the last 20 years except to go to a shopping mall.

"To hold a domestic servant in virtual servitude for 20 years is a shocking callous disregard for our nation's most deeply held values," said Brian Falvey, resident agent in charge for U.S. immigration and customs enforcement in Milwaukee.

Federal investigators are probing whether the physicians sent money to the maid's family in the Philippines as promised over the years, after the housekeeper said she has never seen the money, according to a search warrant affidavit filed in U.S. District Court.

The couple agreed to pay the woman $100 per month from 1985 to 1995 and $400 a month thereafter, the affidavit said. [Associated Press, October 20 2004, Couple accused of harboring illegal immigrant for financial gain]

By through the miracle of the internet, it's possible to read what they're saying about this case in the Filipino press:

CALIMLIM SIDE: A lawyer representing Jefferson Calimlim said that Martinez was not held against her will and that her wages were sent to her family in the Philippines.

"It would be a significant stretch to say that this lady could not have walked away any time she wanted to and that there weren't innumerable times that she was totally on her own and couldn't have walked way or said something," the lawyer said.

He added that the maid shopped alone, walked to church alone and been left alone at home when the Calimlims were on vacation.

The lawyer said the complainant was 15 in 1985 when she moved to the US and was hired as a domestic for Elenora Calimlim's father, also a physician.

The Philippines Star's Federico Pascual, who lived in America when Marcos was president of the Philippines, also has this to say about harboring:

HARBORING TNTs: [VDARE.COM NOTE: “tago nang tago," illegals, "Tago" means "hide" in Filipino] Some columns back, I recalled how some US immigration officials were asking me when I was living in San Francisco about the unusual (to them) psychology of Filipinos willing to harbor overstaying friends or relatives despite their being in violation.

I tried explaining that if I were a US citizen and a friend or relative in trouble showed up, I was expected by the folks back home to help him any way I could. I added that if I did not look after him, I would never hear the end of it back in the hometown.

From home, I would hear something like I had been “Americanized" finally or that "napunta lang sa Amerika akala mo sino na siya!" (I'm sorry I can't/won't translate this.)

I got a wave of readers' email on that. Half said we should not harbor law violators or illegal aliens, while the other half sustained the line that, wherever we Pinoys find ourselves, we should help one another when in trouble.

I went back and read Pascual's earlier column. He had said that

Our American friends would say that harboring illegally staying aliens made us accessories. They expressed amazement that we did not seem to mind the legal implications.

I would spend hours explaining (or was I misrepresenting?) Filipino values, but American officials could not cross the cultural divide and come to terms with what to them was plain and simple harboring of criminals.