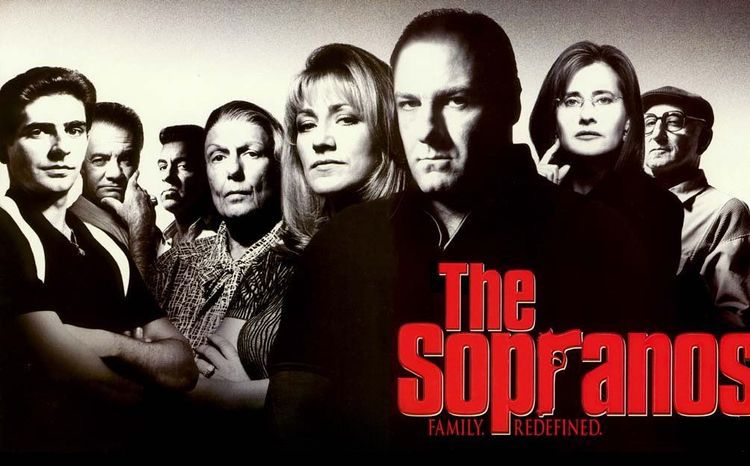 This is from City Journal, which publishes both Heather Mac Donald and Tamar Jacoby:

The Sopranos, the HBO series entering its final season on Sunday night, won fame by depicting a Mafia crew whose members had begun assimilating into middle-class suburban life—moving into McMansions, raising kids who attend Ivy League schools, discovering the psychiatrist’s couch (or armchair).

Interestingly, it was HBO, nearly 20 years ago, which first gave us a look at what the real mob was like when it started to go suburban—and the picture is nothing like The Sopranos. The now-forgotten Confessions of an Undercover Cop, a fascinating 1988 documentary, traced the decline and fall of the very Jersey crew that inspired The Sopranos—the crime family of Ruggerio “Richie the Boot” Boiardo, whose gang was less introspective, even more violent, and a lot less glamorous than Tony’s fictional mob.

The article doesn't mention immigration, so I will. The padrone of the Boiardo family was an immigrant back in the Ellis Island era of immigration, long before immigration was restricted by the act of 1924. In fact, it's arguable that it was people like him, as much as theImmigration Restriction League, that caused Congress to pass theImmigration Act Of 1924.

Ruggiero Boiardo was born on November 8, 1890, in Naples, Italy (some documents show the date of his birth to be December 8, 1890). Ruggiero Boiardo was also known as Richie Boiardo, and Richie "The Boot" Boiardo. While working as a milkman in 1910, he began a small bookmaking operation. As a young man he had a reputation as a flashy dresser, often wearing a diamond belt buckle for which he paid $10,000. He also had a reputation for brutality in his street dealings.[Ruggiero Boiardo - Newark "Godfather" FBI Files]

Boiardo never lived to see the Sopranos, but he was convinced that he was the model for Don Vito Corleone in The Godfather. He had the New Jersey estate, the vegetable garden, and other similarities, but lacked anything of the (entirely imaginary) wisdom and honor that Mario Puzo attributed to Vito Corleone. I don't think anyone wanted to tell him that, though, because he had a private incinerator on his estate, which was said to be used to dispose of bodies.

Boiardo lived to be 95, and I don't think anyone could call him assimilated. His sons, also Mafiosi, were born in America, so of course America was stuck with them. But they weren't really part of mainstream American society either.

When Steven Malanga refers to Tony Soprano as assimilated, he's talking about externals. If the sons and grandsons of the modern Russian Mafia want to assimilate, I would suggest that they not do it by attending Ivy League colleges, or drinking coffee instead of tea, or playing high school football.

I would suggest that they assimilate by not whacking people. That's not much to ask, is it?