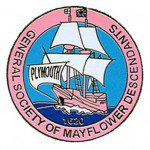 In a current article that considers the experiences of some American financial entrepreneurs who are foreign-born, Amity Shlaes makes a distinction that is tonic to people, such as I, who are wearied by the usual public discussion of immigration: She employs the phrase "whether immigrant or Mayflower descendant."  (See The Tale of the Immigrant and the Federal Energy Regulatory Commission, National Review Online, June 19, 2014)

Yes!!!  Those who arrived on the Mayflower weren't immigrants!

To my mind, this point was best explicated by John O'Sullivan in his review of Samuel Huntington's book Who Are We?.  Wrote O'Sullivan:

[Huntington] points out, for instance, that the U.S. is not “a nation of immigrants.” It is a nation that was founded by settlers—who are very different from immigrants in that they establish a new polity rather than arrive in an existing one—and that has been occupied since by the descendants of those settlers and of immigrants who came later but who assimilated into the American nation. Americans therefore are under no moral obligation to accept anyone who wishes to immigrate on the spurious grounds that everyone is essentially an immigrant. Americans own America, so to speak, and may admit or refuse entry to outsiders on whatever grounds they think fit.

It might be worthwhile to go house-to-house across the land to get the ideas in that paragraph into every citizen's head.