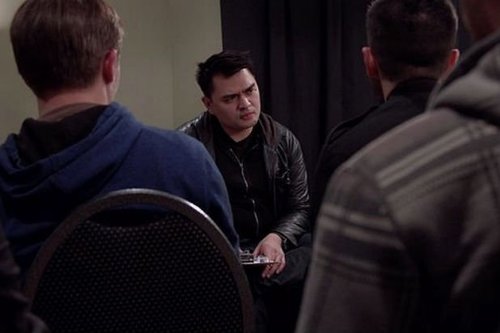 Illegal Alien Jose Vargas : Diversity Is "Our Destiny"—And Claims He Wants White People To "Say What They Really Think And Really Feel.”

Jose Antonio Vargas, the homosexual illegal alien who toiled for The Washington Post under false pretenses for years, produced the “White People” documentary for MTV.

Via Breitbart, here is an exchange with “The Wrap” [MTV’s ‘White People’ Director Jose Antonio Vargas Believes ‘Diversity Is the Destiny of This Country’, By Joe Otterson, July 22, 2015] to a very loaded question, which Vargas asked in an op-ed for the Los Angeles Times:

“When talking about diversity, which is our destiny, how do you ensure that everyone, including white Americans, are part of the conversation?” he asked. “What is the emerging American identity, and where do you fit?”

Vargas told The Wrap Wednesday, “We are living in such a politically charged and politically correct time that sometimes I wonder how willing are white people to say what they really think and really feel.”

The immigration activist also added, “I would rather you [white people] say it than not say it, because then you just internalize it … and we don’t talk about it at all.”

Why would whites say what they really “feel” about the subject when guys like Vargas attack them as racists every time they say it?

But as Vargas noted, whites aren’t allowed to say it.