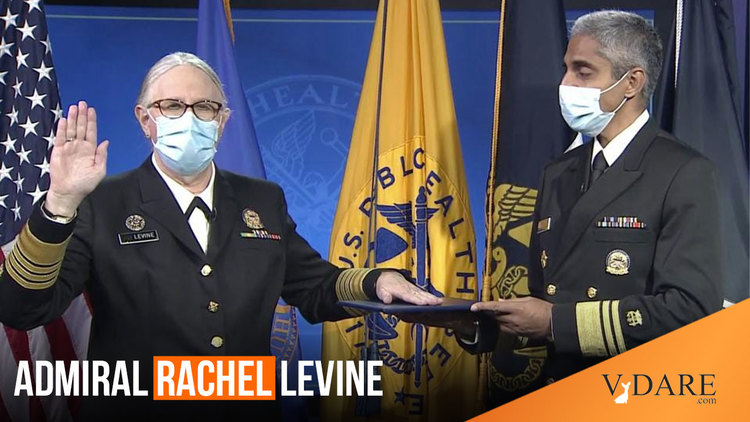 If You Can't Trust A Proven Liar, Who Can You Believe?

Earlier: Biden Nominates as His Assistant Secretary of Health This Superb Role Model of Physical and Mental Health

One of the stranger things we are supposed to believe is that Admiral Levine and Colonel Pritzker each engineered decades long hoaxes pretending to be masculine men to cover up how they were really women on the inside. For example, from the Washington Post:

Meet Rachel Levine, one of the very few transgender public officials in America

… Richard Levine had a full life: a wife, two children, a career at the top of his field. But there was a void inside of him — a feeling he learned to ignore decades before as a child and student at an all-boys school outside Boston.

“I compartmentalized it,” Levine said. “There was no other context to put it in. It’s not like there was an alternative. So I fit in.”

That meant playing linebacker on the football team, where Levine said she would tackle but didn’t like the idea of potentially hurting another player. She does remain a rabid New England Patriots fan and closely connected to the school she attended.

But, despite these track records as massive liars, we are supposed to believe what they say about themselves today.