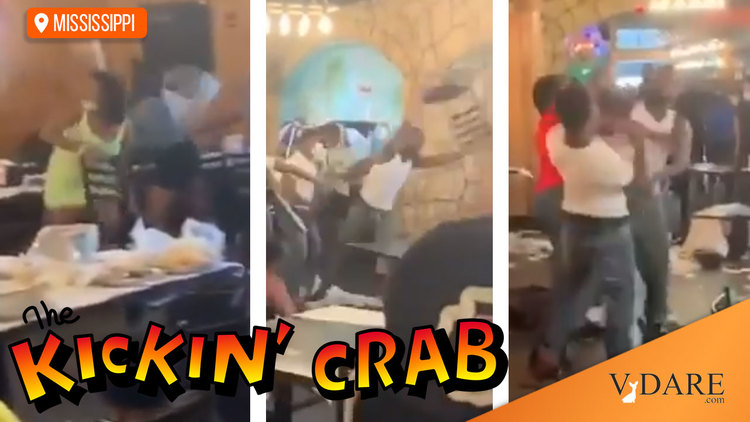 "Idiots" Wreck Fast-Food Joint In Yet Another "Brawl"

A Twitter user named Jayne apparently has the same problem as the Daily Caller's David Hookstead. Jayne just can't seem to see what all these "brawls" have in common.

Where Hookstead, who covers public brawls for the Daily Caller, blames "adults" for these savage mini-riots in airports, fast-food joints, and Walmarts, Jayne blames "idiots."

The "idiots"—some of them perhaps "adults," others likely "teens"—wrecked a Kickin' Crab in Jackson, Mississippi. The chain-restaurant bills itself as a " fun-filled Cajun seafood destination where patrons come and escape into flavor paradise."

One wonder if the patrons feel lucky to escape from the flavor paradise without a skull fracture from a flying chair.

What might they all have in common? Jayne? David? Anybody?