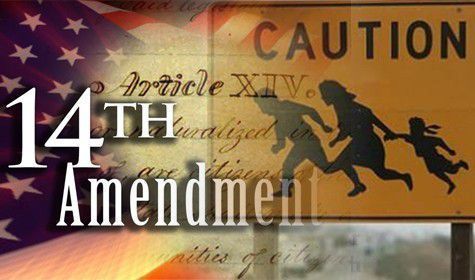 The radical left is up in arms about the 100 or so illegal aliens from the summer surge of illegals in 2014 from Central America.  They and their allies in the Treason Bar and the $outhern Poverty Law Center ($PLC) are sputtering that arresting illegal aliens with an outstanding deportation order is somehow illegal, or the tactics used by U.S. Immigration and Customs Enforcement Enforcement and Removal Operations (ICE ERO) are shocking and unconstitutional.

Of course, they provide no evidence that ICE ERO did anything of the sort, but cry to the rooftops that ICE ERO Deportation Officers (DO) and Immigration Enforcement Agents (IEA) are lying, yes lying, to illegal alien criminals who are evading deportation orders.

Immigration and Customs Enforcement officers tricked several people in Atlanta into opening their doors so they could enter without a search warrant and detain people slated for deportation in a series of controversial raids earlier this month, immigrants and lawyers told The Huffington Post.

The Southern Poverty Law Center is investigating what it describes as possible violations of the Fourth Amendment's guarantee against illegal search and seizure. ICE agents need consent to enter a home unless they've obtained a search warrant.

"Our review of the cases suggests that ICE used tactics during the raids that potentially are illegal and violate the constitution and that in several of these cases it appears that proper consent was not obtained to enter the houses," SPLC attorney Eunice Cho wrote in an email to HuffPost.

ICE Lied To Get Inside Immigrants' Homes During Raids, Lawyers Say, by Roque Planas, The Huffington Post, January 11, 2016

For the rather credulous Planas, I am not surprised, but the lawyer from the $PLC should know better. The fact is a law enforcement officer of any type may lie to you to get access to your residence, so long as he doesn't claim he has a search warrant.  ICE ERO agents and other law enforcement agencies play this game quite often, and it's an IQ test for illegal aliens in this case.

Especially true when Central American governments and diplomatic officials are illegally interfering with domestic law enforcement by telling their illegal alien compatriots in the United States not to cooperate with ICE.

Such authority to enter into an REP area, within the area of the 4th Amendment to the Constitution, can be met by one of two methods, as the 4th Amendment has two different standards for entering into private areas; reasonableness or a warrant.  In addition, not only are there exceptions to the warrant requirement but the more important aspect that illegal aliens are not part of the commonweal, and therefore not protected by the Constitution.

Both of these prongs are met by an administrative arrest warrant, Form I-200, Warrant Of Arrest. Firstly, the 4th Amendment prohibits unreasonable searches and seizures.  A Form I-200 meets that requirement as it makes a determination for arrest based identifying with certainty the alien and the evidence for deportation.

Second, it is based on probable cause, which is by definition reasonable.  Given that there are many exceptions to the 4th Amendment's warrant requirement, giving authority to those serving immigration arrest warrants to enter into a private space to effect such arrests is within the penumbra of the 4th Amendment.

What is really disappointing though, is that the HuffPo inadvertently documented the fact that ICE has endorsed the existence of anchor babies as a reason not to arrest and deport their alien parents:

René Morales says he didn't answer when ICE agents banged on his door around 7 a.m. on Jan. 2 looking for his sister, Rosa. Both siblings were undocumented immigrants, but Morales, 30, had obtained a temporary reprieve from deportation, known as Deferred Action for Childhood Arrivals. His sister hadn't. She and her three children fled their home country of Guatemala in 2014 after witnessing a homicide and fearing retribution. Tens of thousands of Central American migrants have entered the U.S. over the last two years, often asking for asylum or other forms of deportation relief.

Morales left the house a few hours after the ICE agents appeared to have left. When he returned, he says, two agents approached him and told him he would be arrested for obstruction of justice if he refused to open the door and let them search his house for a criminal named Miguel Soto — a man Morales said he didn’t know.

Once inside the home, the agents instead detained Rosa, along with her 17-year-old son and 11-year-old daughter. They did not detain Rosa’s oldest daughter, 19, whose child was born in the U.S.