If you tossed and turned last night because you’re worried about counterfeit contact lenses, you’ll sleep better tonight knowing that Immigration and Customs and Enforcement is on the case.

According to a news release, ICE is going to crack down on the problem now that it’s Halloween. 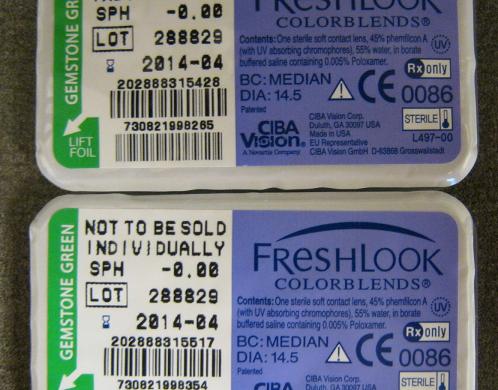 “Criminal elements will capitalize on the excitement of the holiday season by selling substandard, dangerous counterfeit and illegal items with no regard for the health and safety of consumers,” said ICE Homeland Security Investigations Executive Associate Director Peter Edge. “Our agents are committed to collaborating with external agencies to develop effective operations and conduct aggressive investigations into the distribution of fake goods that threaten the American public with lengthy medical procedures and strenuous rehabilitation programs.”[ More]

One may presume from this breathless alert that these lenses are flooding the country from abroad, and that’s certainly something that ought to be stopped.

But some of us would prefer for ICE to “conduct aggressive investigations into the distribution of fake” IDs that permit illegal aliens to vote, and indeed the “distribution of fake” Americans known as “refugees” and “undocumented immigrants” who are wrecking once beautiful American towns and communities.