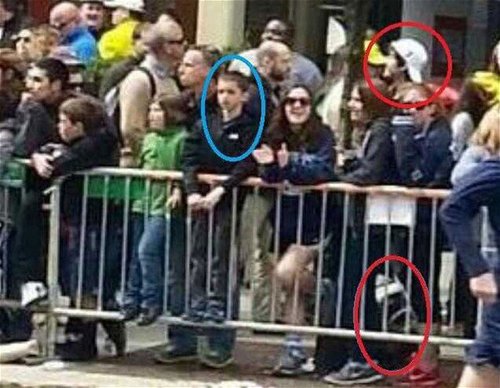 HuffPo: Tsarnaevs Weren't "Refugees," They Were "Children of an Asylee"

The Boston Bombers Were Not Refugees — Neither Was the Paris Attacker

In the wake of the Paris attacks, many are trying to connect refugees to terrorism. I’ve noted elsewhere that despite millions of refugees having been admitted since the U.S. refugee resettlement program began in its current form in 1980 — including hundreds of thousands from the Middle East — not a single refugee has committed an act of terrorism in the United States.

Detractors of refugee resettlement, however, point to Tamerlan and Dzhokhar Tsarnaev — the Boston Bombers — as evidence to the contrary. The pair of brothers who bombed the Boston Marathon in 2013 were not, however, refugees. They were, on the contrary, children of an asylee, according to the State Department, and the distinction is crucial.

A forgotten figure is fellow Chechen refugee/asylee/whatever and aspiring mixed martial artist Ibrahim Todashev, the friend of Tamerlan Tsarnaev. Todashev was shot by an FBI agent halfway through his confession note about the ritual triple murder of Jewish weed dealers on the tenth anniversary of 9/11 in Waltham, MA. Here’s what the FBI claims is his bloodstained confession note with a transcription below from Boston Magazine: 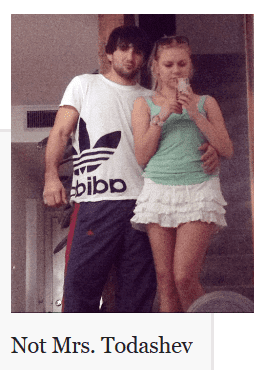 Was Todashev a refugee or an asylee? And whatever he was, why? From Wikipedia:

Ibragim Todashev was born on September 22, 1985 in the Chechen-Ingush capital Grozny during the Soviet era, as the eldest of 12 children of Abdulbaki (or Abdul-Baki) Todashev and his two wives.[2] During the 1990s, his family fled war-torn Chechnya to Russia’s Saratov Oblast. They resided there until the late 2000s, before moving back to Grozny, where his father became a high-ranking pro-Moscow official in the city administration in 2008.[3][4]

Todashev moved to the U.S. to study English on a J-1 non-immigrant visa, after four years of study in classes at Saratov State University and Chechen State University, as part of a student exchange program with Russia. He then applied for and was granted asylum in 2008 and permanent residence in March 2013.[3][4][5] According to the Center for Immigration Studies, Todashev was granted asylum for no valid reason as he was personally in no danger of repression or ethnic or religious persecution in Chechnya and might have “lied throughout his entire interaction with State Department and Homeland Security authorities;”[6] his own father said his son had no reason to fear “oppression” back home as “he was too young to fight in the war [in Chechnya], and he has nothing to fear here now” from the authorities.[7] He said: “Out of fear of the lawlessness in Chechnya, I sent him to the U.S. because it seemed like the safest country at the time.”[8] 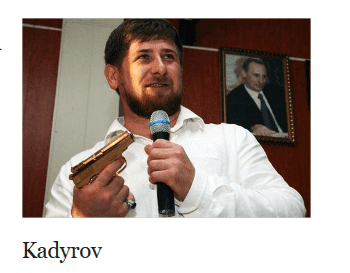 Todashev himself told his wife and his girlfriend (chicks dig Chechens) that he stayed in the U.S. because America has way cooler MMA gyms.

Granted, if Putin is overthrown at some point, Todashev Sr., his two wives, and 12 children, would likely have reason to fear retribution from the kinfolk of all the Chechen Islamist radicals he did who knows what to to get his current cushy job. But the same logic would argue for granting Putin’s billionaire daughter asylum in the U.S.

We need a National Immigration Safety Board to investigate egregious cases and issue safety recommendations.