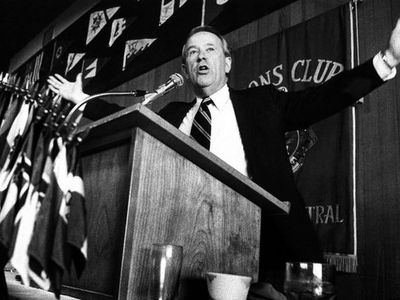 Obama: "That's Not American. ... We Don't Have Religious Tests to Our Compassion." Except Jackson-Vanik

As I pointed out in my new Taki’s column, “Four Ways to Save Europe,” when ¡Jeb¡ mildly suggested that American refugee efforts for Middle Easterners should be focused more on the Christians who are being slaughtered than on the Muslims doing the slaughtering, our former Muslim child President was appalled:

“When I heard political leaders suggest that there would be a religious test for which a person who’s fleeing a warn-torn [sic] country is admitted…that’s shameful,” Obama said, growing visibly heated. “That’s not American. That’s not who we are. We don’t have religious tests to our compassion.”

Of course, refugee eligibility has sometimes been determined based on religion/ethnicity, most famously in the Save Soviet Jews law of the early 1970s. This is not exactly obscure history, since a noteworthy fraction of the current punditariat (the Gessen siblings, Eugene Volokh, etc.) and media moguls (Sergey Brin of Google) got into America under this special privilege for Soviet Jews. For example, Julia Ioffe writes in Foreign Policy:

America can — and must — do more to help Europe’s migrants. I’m living proof of why.

i.e., almost a half year after the Fall of the Berlin Wall, but who can remember detailed dates like November 9, 1989?

I think often about April 28, 1990, and the two years my parents spent waiting in lines at the U.S. embassy in Moscow. It’s a moment that splits my life in two. What would my life have been like if not for all those political forces — and my parents’ foresight and dedication — that snapped my 7-year-old self on a radically different course?

I don’t know that my life would have been terrible, but I know that I would not have reconnected with my family’s Jewish heritage.

You didn’t have to be religiously Jewish, just ethnically Jewish.

I knew a Russian lady back in the post-Soviet Yeltsin era who was one of the first of the big wave of Slavic blondes to wash up in the U.S. The INS was threatening to kick her out, so her latest strategy to stay in the U.S.A. was to gather genealogical documents from Russia that would prove, if you looked at them from just the right angle, that she was Jewish and thus qualified for refugee status under the Jackson-Vanik agreement. I could never keep straight in my head her complicated genealogical theory of why she was, legally, Jewish — it was like one of those theories that the King of England would commission during the Hundred Years War about why he was also the rightful King of France.

Nor could I understand why being Jewish in Yeltsin’s mid-1990s Russia entitled you to refugee status in America. Practically every time I opened the newspaper in the mid-1990s there was an interview with a Jewish economist from Harvard or MIT about how the Yeltsin government was implementing all the advanced ideas they had told them about.