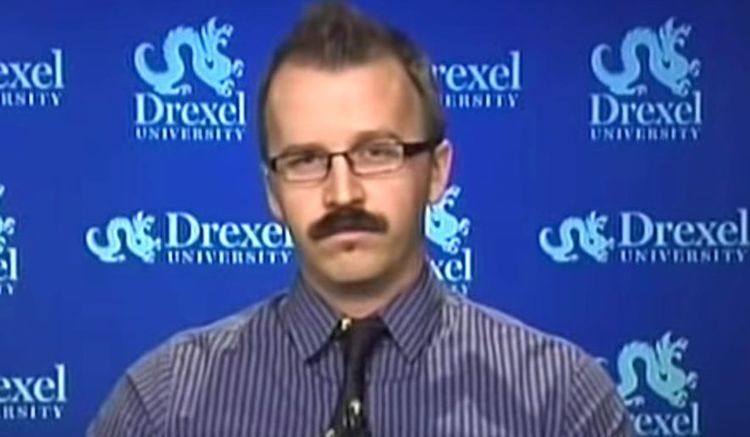 Hubert Collins: More On The "Anti-Racist" Intellectuals Who Refuse To Be Interviewed

See, earlier, Hubert Collins: The Leftists Who Don't Want To Be Interviewed

If at first you don't succeed, try, try again.

Though I was quite disappointed that Heidi Beirich was not up for an interview with me—not even one conducted by email, ensuring I wouldn't be able to misquote her, I figured surely someone else would step up to the plate. As I mentioned earlier this month, a number of Leftist journalists had yet to reply to the identical offer I had made to them, namely: Zack Beauchamp, Alex Pareene, Rosie Gray, Sam Kriss, and Jeet Heer. That is still the case, even after sending follow-up emails to Mr. Beauchamp and Mr. Kriss, messaging Mr. Pareene on Twitter, and reaching out to Ms. Gray through her second email address. This is interesting because all of these people write about us all the time, each having penned numerous articles and essays about the alt-right, white identity politics, etc. Yet strangely their journalistic interest doesn't mean they are willing to talk to us...

But, to belabor an idiom, "try, and try again." I asked Miss Beirich if she could put me in touch with any colleague of hers who would be willing to speak with me, and she never replied. So I sent emails directly to a few of the higher-ups at the $PLC: Seth Levi, Maureen Costello, Karen Baynes-Dunning, and Bryan Fair. But not one of them responded.

Moving on, I decided to reach out to the staff at the ADL, an organization that's actually written things specifically about me, not just the movement I am a part of. [Point of Contention: A Fractured White Supremacist Take on Immigration, ADL, May 5, 2015] I emailed a whopping 16 employees: Todd Gutnick, Esta Gordon Epstein, Jonathan Greenblatt, Eileen Hershenov, Kenneth Jacobson, Steven M. Freeman, David Friedman, Steven Hodas, Adam Neufeld, George Selim, Steven C. Sheinberg, Deb Leipzig, Erika Moritsugu, Beth Nathanson, Leila Feuer, and Jessica Lewis. So far, not one has written back to me.

Believe it or not, I fully intend to keep asking around. I basically have a form email at this point that I can copy-and-paste, and finding email addresses for writers and academics is easy. People rebuffing me harshly via email is not a reason not to ask, because there are few things less wounding than curse words in an email.

However, the lesson I'd like readers to take away from all this is that the media does view you as an enemy, and isn't playing by any kind of rules. The ADL will quote me at length, but not respond to my emails. Rosie Gray has interviewed dozens of people in our ranks, but ignores my request to interview her. As I noted earlier, even journalists who regularly write about us won't even reply to an email that's not on their terms. This tactic is rude, slimy, and very revealing: They aren't interested in us in any kind of objective journalistic sense, they write about us hoping to hurt us, and when the situation is such that we won't be hurt, they don't write at all.

Think about this the next time a journalist chats you up.