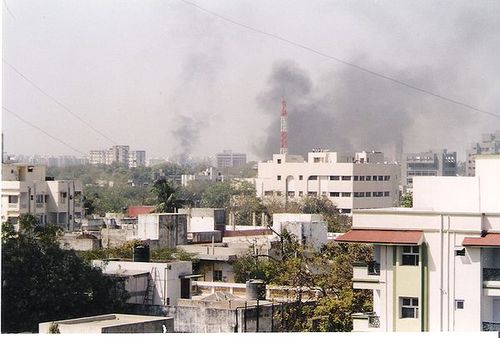 In the December 15th GOP debate, Ted Cruz said that

... there are millions of peaceful Muslims across the world in countries like India where there are  not the problems we are seeing in nations that have territories controlled by al Qaeda or ISIS...

In a recent blog post, Washington Watcher points out examples of Muslim Indian terrorism to show that, yes, it happens there too.

At 14% of the population, Muslims comprise a minority in India.  But remember that we're talking about India, with a total population over 1.2 billion.   So that Muslim 14%  of India adds up to a staggering  172 million or so.

So how is communal peace maintained between the Muslim minority and the Hindu majority?

The late Lawrence Auster used to correspond with an Indian living in a Western country, known on his View from the Right website as "Indian Living in the West", or ILW.   In one of his letters, ILW shared this  explanation of how communal peace is maintained in India:

How is it that India has a massive Muslim population and yet manages to get along with relative calm? Many leftists/liberals in the West could misuse that example to say: “Look, Muslims aren’t trouble. India has 150 million Muslims!”.

A good example is a Muslim attack on a train of Hindu pilgrims in 2002. They burnt 50 Hindu women and children alive. Inevitably, in retaliation, violent Hindu mobs killed 2000 Muslims.

It is barbaric and it is brutal. The mentality that we witness is from the age of barbarism. But that is how peace is actually maintained. I have a feeling that if Hindus were more “civilized” like Westerners and played everything by the book, the Muslims would probably run riot with no end in sight. They don’t because they know that the majority could turn blood-thirsty at any moment. And so relative peace is maintained.

I wonder how Western liberals would react if they were told that the price of peace in a country with a large Muslim minority is to have a barbaric mindset which vindicates mindless slaughter of innocents – failing which peace would not be possible. They would probably reject it as a “fantasy” of “fascists” and never take it seriously.