How Much Will Sheldon Adelson Pay Rush Limbaugh To Retire? 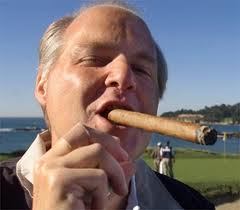 My Talk Radio Listener friend alerted me to this: Rush Limbaugh is getting serious.

The Breitbart.com headline is Limbaugh: Dems Using Amnesty to Import Permanent Underclass of Poor, People of Color May 27 2014 and they supply the full transcript.

We're being governed and led by a minority, which has the media on its side…

Hello, affirmative action — and never-ending affirmative action if we get amnesty — and this never-ending influx of poor, uneducated, or low-educated people. The minute they get here, they immediately fall into those categories for which the left points fingers of blame at America. America's the reason they're uneducated, America's the reason they're poor, 'cause income inequality or prejudice and bigotry.

That's what the purpose of amnesty is, in addition to creating or providing a never-ending, permanent underclass for the Democrats. They're people who will vote for Democrats as the stewards of Big Government, redistributing wealth to the poor and so forth. You import people who believe that's the purpose of government — and that's exactly what amnesty is.

Amnesty gets talked about in the economic sense, but I think this other aspect of it poses even greater harm. This idea that affirmative action never ends and that the idea the country is, by virtue of its founding, unjust and immoral? This is what they're trying to codify.

VDARE.com has applauded Rush Limbaugh’s grasp on the key issue before.

What Patriots now have to fear is the possibility of a DeMint. How much will Sheldon Adelson pay Rush to retire?

A Billion would be cheap. And Adelson can afford it.