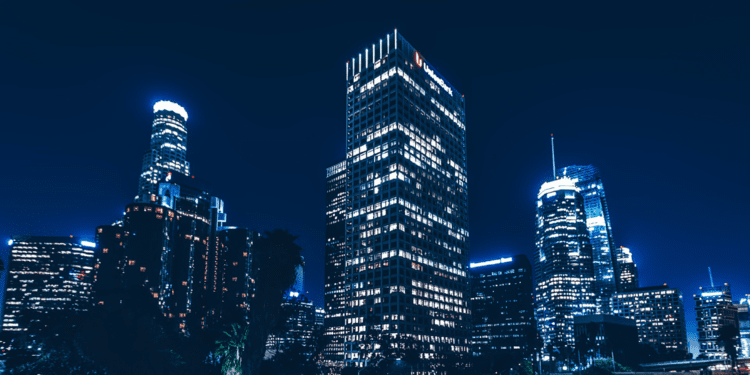 Los Angeles to Keep Rents High by Fighting Gentrification (Or Something)

Los Angeles has extremely high rents at present. One obvious solution is to increase the supply of housing, such as by building apartment complexes on vacant lots. Increasing supply would moderate the price of rent. But …

An L.A. city commission voted Tuesday to reject plans for 577 apartments on an empty lot on Crenshaw Boulevard.

The South Los Angeles Area Planning Commission has voted to reject a plan for 577 apartments near a Crenshaw Boulevard light-rail station, the latest flare-up in a debate over gentrification and the benefits of market-rate housing.

The commission, which is made up of appointees of Mayor Eric Garcetti, unanimously opposed the six-story development known as District Square, despite a last-minute offer from the developers to charge below-market rents at 63 apartments inside their project.

Tuesday’s vote effectively kills the project at City Hall, unless a member of the City Council requests a review and a reversal of the decision. Councilman Herb Wesson, who represents the area, has already come out against District Square.

“What we need is affordable housing, and no matter how you try to tweak this project, this development will not do that,” Wesson said in a letter read to the commissioners by one of his aides. “If the current residents of the neighborhood cannot afford it, we should not build it.”

The commission’s vote comes as residents in South Los Angeles, a region of the city with serious concentrations of poverty, are voicing growing concerns over gentrification and the prospect that pricey new residential projects will spur landlords to hike rents at their own buildings. Plans are already in the works for a 400-unit project next to the District Square site and a major renovation of the Baldwin Hills Crenshaw Plaza, which is expected to add 900 new homes.

Basically, South-Central Los Angeles ought to be Magic Dirt, due to its superb climate and close commuting distances to vast numbers of jobs downtown, near LAX, Beverly Hills, and at the giant port. For example, two Presidents of the United States once lived in Compton.

But for some reason that can’t quite be spelled out in the newspapers, all this Magic Dirt turned into Tragic Dirt.

Now, some people hope and others fear that the Tragic Dirt might gentrify back into Magic Dirt. For example, Los Angeles has constructed a lot of public transportation infrastructure lately to serve South-Central, which developers are seeing as a plus for people with jobs to which they need to commute.

… Nelson also warned the commissioners that if they voted the project down, they would be violating a state law that requires that cities provide a specific health and safety rationale for rejecting a residential project that complies with local zoning laws.

“The project before you is a textbook example of a project that meets the purposes and the criteria of the Housing Accountability Act,” he said.

… Arman Gabay, one of the project’s developers, was arrested last year on bribery charges in an unrelated case dealing with Los Angeles County government leases.

… The Gabays worked with Garcetti’s office to retool District Square, adding hundreds of residential units. But the reworked proposal drew protests from members of the surrounding community, who complained about its larger size and the potential for it to push rents higher in neighborhoods along Crenshaw.

Gina Fields, who serves on the Empowerment Congress West Area neighborhood council, said her group had pushed for District Square to set aside 45% of its units for low-income households. Appearing before the commission, she said her group is determined to protect residents living in “the last long-standing African American neighborhood in Los Angeles.”

“We do not want our neighbors priced out and displaced,” Fields said.