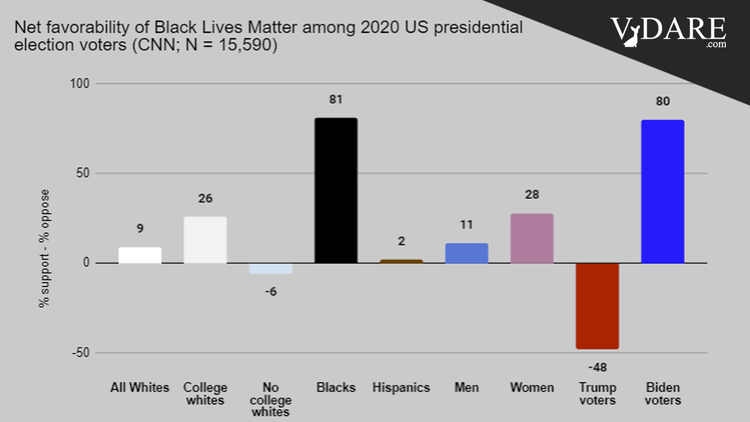 Net support for the Black Lives Matter movement among voters from the national exit poll: Is the position of blacks as first among equals in the POC ascendancy turning Hispanics away? Even among Hispanics who voted for Biden, an astonishingly high percentage reported having an unfavorable view of BLM: That is not the artifact of a small Hispanic sample size, either. The poll surveyed 2,451 Hispanic voters, two-thirds of whom voted for Biden. This is truly remarkable.

Recall that Bernie Sanders did especially well and Biden especially poorly among Hispanics in the Democrat primaries. Blacks blocked any chance Sanders had at the nomination and delivered it to Biden. Steve is on to something.