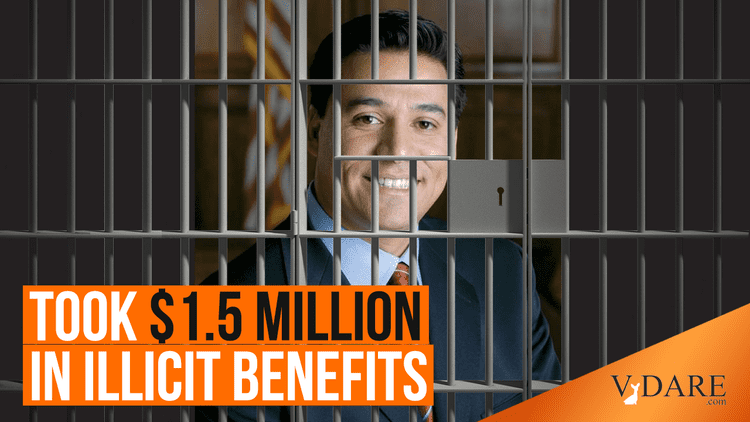 Hispanic LA Councilman Jose Huizar Arrested For Selling Out City, District, And Country To "Chinese Billionaire"—If It Was Mexico, He'd Be OK

After announcing the arrest on corruption charges of a Hispanic LA councilman, the local US Attorney's Office tagged him on Twitter:

Federal agents seized approximately $129,000 in cash during a search of the Boyle Heights home of L.A. City Councilman @josehuizar in November 2018. pic.twitter.com/nYxwybj5Tn

Councilman Huizar is a Mexican immigrant, born in Zacatecas, Mexico, where corruption is part of the culture.

Years of work...and the moment the Bracero Monument is unveiled...at Migrants Bend on corner of Cesar Chavez and Spring St...@BSSLosAngeles

He's obviously a Mexican nationalist in the US, who boasts of being "the first Latino immigrant elected to the Los Angeles City Council."

He is a fairly white Mexican, and went to Princeton, where he's on the board, because they have a real shortage of Mexican graduates at Princeton for some reason. 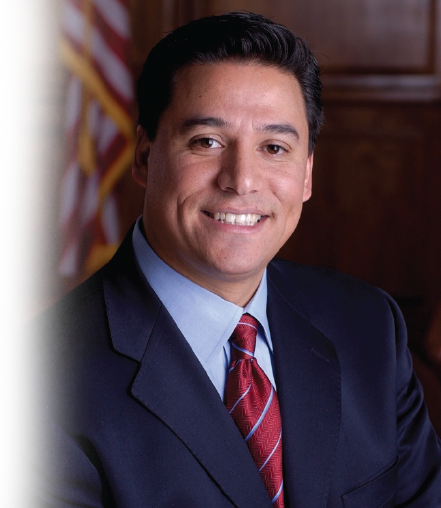 Here's the description of what he's being arrested for, with emphasis added to emphasize the foreign collusion aspect:

The 116-page affidavit alleges that Huizar operated the “CD-14 Enterprise,” along with co-conspirator members, including “Individual 1,” a former general manager of the Los Angeles Department of Building and Safety and former deputy mayor; George Esparza, Huizar’s former special assistant; and real estate development consultant George Chiang. Members and associates of the criminal enterprise referred to Huizar as their “boss,” operated as a criminal organization, and worked together for common purposes, the complaint alleges. The CD-14 Enterprise allegedly had several objectives, including 1) enriching its members and associates through means that included bribery, extortion, and honest services fraud, 2) advancing its political goals and maintaining its control and authority, 3) concealing the enterprise’s financial activities, and 4) protecting the enterprise by concealing its activities and shielding the enterprise from detection by law enforcement, the city, and the public.

In recent weeks, both Esparza and Chiang agreed to plead guilty to the same RICO charge that Huizar now faces.

The CD-14 Enterprise was created in early 2013 by Huizar and Individual 1 “at a time when each of them faced significant threats to their political and professional careers,” according to the affidavit. Individual 1, who maintained close relationships with Chinese developers, introduced Huizar to “Chairman E,” a Chinese billionaire who runs a multinational development firm and who owns a hotel in Huizar’s district.

In 2014, Individual 1 facilitated an arrangement whereby Chairman E provided $600,000 in collateral to fund a settlement of a sexual harassment lawsuit filed against Huizar by a former CD-14 staffer, allegations that threatened his 2015 re-election campaign. In addition, Huizar directly and indirectly accepted cash and casino gambling chips on more than a dozen lavish trips to Las Vegas – trips that included rides on private jets and stays at luxurious casino villas, one of which cost over $38,000 per night. The complaint also alleges Huizar accepted a trip to Australia and other benefits from Chairman E. In exchange, Chairman E asked for a series of favors from Huizar over time.

Ultimately, Chairman E provided over $800,000 in benefits to Huizar so that Huizar would assist Chairman E’s ambitious plans to redevelop his property in CD-14 and build the tallest building west of the Mississippi River, according to the affidavit.
Los Angeles City Councilman Jose Huizar Arrested on Federal RICO Charge that Alleges He Agreed to Accept At Least $1.5 Million in Illicit Benefits
Case Alleges the Politician Operated a ‘Pay-to-Play’ Scheme in Which Real Estate Developers Funneled Cash and Other Benefits to Secure Favorable Treatment,  June 23, 2020

So it's good to know that this lawbreaker is under arrest for selling out the United States, the City of Los Angeles to China, but for years, as a search for Jose Huizar and "sanctuary city" on Twitter show, he has for years been selling out his adopted country of America to his native country of Mexico. [Advocates Seek Creation Of Ordinance Establishing LA As ‘Sanctuary City’, CBSLA.com, June 18, 2017]

Why couldn't he (and Mayor Garcetti and Governor Newsom) have been arrested by Federal authorities for that?