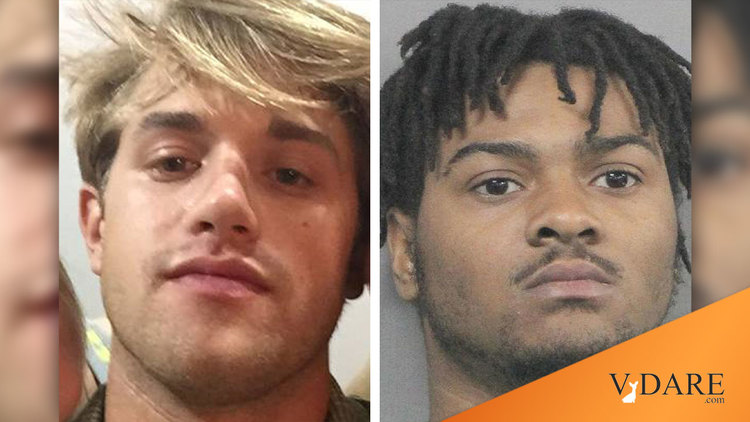 No matter how long you kneel, no matter how hard you capitulate, and no matter the embarrassing degree to which you acquiesce, nature will find a way to remind you why stereotypes exist.

His name is Joseph Vindel, a white Black Lives Matter supporter murdered by a black male in a Facebook Marketplace transaction gone wrong.

A white Black Lives Matter activist was brutally murdered by an African-American youth this week. The white BLM activist was trying to sell the dirt bike to the black man after meeting him on Facebook Marketplace.

29-year-old Joseph Vindel was a BLM activist who posted the black square on his social media page to show solidarity with the movement of thugs, rioters, killers, brutes, communists, liars, hoaxsters and reprobates.

Now, he’s dead courtesy of one of the individuals who the anti-civilizational BLM terror movement agitates to get back onto the streets as soon as possible.

Law enforcement reportedly received a confession from 20-year-old Jalen Harvey that he did commit the murder. Perhaps if Harvey were aware Vindel was involved in the struggle for equity against white institutional systemic privilege, he may have spared his life.

You can post anti-white messaging and symbols on your Instagram, Facebook and Twitter accounts, hoping being sympathetic to the righteous cause of black empowerment will enhance your appeal to woke women also swimming in a sea of digital BLM virtue signaling…

But there’s only one way white privilege ends.

His name is Joseph Vindel.

And with his death, we learn the ultimate lesson of never kneeling.