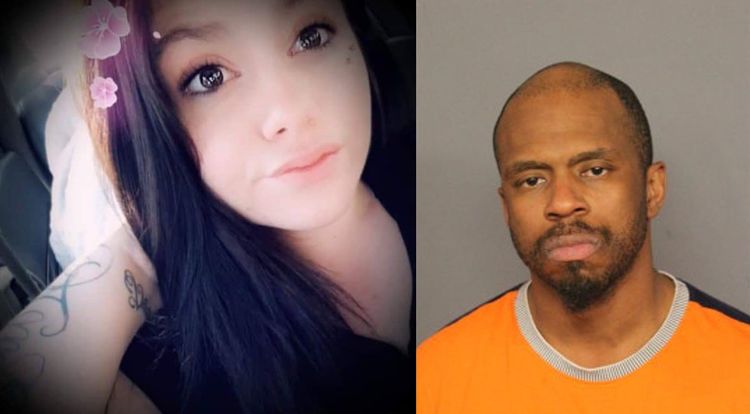 Her Name Is Heather Perry: White Woman Murdered in Denver by Black Male Released from Jail Early Because of Coronavirus Concerns

“And that was the soft spot which destroyed what was in many ways an admirable culture. The junior hoodlums who roamed their streets were symptoms of a greater sickness; their citizens (all of them counted as such) glorified their mythology of ‘rights’ … and lost track of their duties. No nation, so constituted, can endure.” – Starship Troopers

Step one: release black criminal, who was in jail for armed robbery, early because of concerns over the Coronavirus.

Step two: arrest this same black criminal for the murder of a 21-year-old white woman in Denver, Colorado less than a month after he was released from jail because of concerns surrounding the Coronavirus.

Ladies and gentlemen, we call this Anarcho-Tyranny.

Parolee Released Early Due To Coronavirus Accused Of Murdering Woman In Denver, CBS Denver, May 15, 2020

Perry’s body was discovered in an alleyway in east Denver on May 9. Police used surveillance video to track Haney back to the crime scene.

Haney was released early from his seven year sentence after pleading guilty to armed robbery in Arapahoe County in June of 2016. Though qualified for parole, Haney’s mandatory release date wasn’t scheduled until August of 2020.

In a statement issued to CBS4’s Dillon Thomas, the Department of Corrections said:

“Mr. Haney has been eligible for parole since 2017. His case was reviewed by the Parole Board, and he was approved for release. He was released on 4-15-2020. Mr. Haney had a mandatory release date of 8-22-2020 and would have been required to be released at that time regardless of the Parole Board decision.

“Mr. Haney was released due to special needs parole criteria. When looking at special needs parole criteria, the Department of Corrections’ medical staff reviews offenders for risk factors related to COVID as documented by the Centers for Disease Control (CDC). The clinical team reviews the inmate’s medical records to individually confirm the existence of conditions and their severity. The Department also reviews information related to their crime of incarceration and behavior inside the facility. Once the medical and parole team has made a recommendation, the packet is forwarded to the Parole Board for review. The Parole Board reviews the application packet and renders a decision.”

Gov. Jared Polis acknowledged Friday that Haney was released under an executive order he issued, but said the parole board could not have held Haney much longer.

“He would have had mandatory parole granted in August of this year,” Polis stated. “He has been up for parole since 2017.”

Polis said the parole board has a tough job.

“In making those decisions, they are taking into account the safety of prison guards and others, but no prisoner who is a danger to society should be released early in any situation,” Polis stated. “And of course, nobody on that parole board thought that this person was going to do what they allegedly did, but they couldn’t have held them much longer under the law.”

“They’re doing their best to make the best informed decisions they can to keep Coloradans safe, as they decide within the legal parameters,” Polis stated. “Nobody should be released simply because of COVID-19, of course.”

Not much is known about Heather Perry, save she was a 21-year-old white female living in Denver.

“Was” being the operative word in the sentence.

We might never learn much more about Ms. Perry, for the corporate media has no interest in pursuing any story in great detail when the racial angle of a black-on-white crime is the primary cause for the who-what-when-where-why-how.

When such a murder transpires, it immediately sets in motion a series of events requiring the white victim’s picture to rarely accompany any story in local network affiliate (ABC/CBS/NBC/FOX) reporting, and absolutely no racial descriptions in the prose.

But in this case, revert back to the interesting revelations from above:

Step one: release black criminal, who was in jail for armed robbery, early because of concerns over the Coronavirus.

Step two: arrest this same black criminal for the murder of a 21-year-old white woman in Denver, Colorado less than a month after he was released from jail because of concerns surrounding the Coronavirus.

Her name is Heather Perry. A sane society would have protected her from a criminal like Cornelius Haney. The leaders of our society decided to release him from jail because of the fear of the Coronavirus impacting those who had forfeited their right to freedom because they broke the law was greater than protecting the law-abiding citizens of Colorado.